California’s 2018 fire season is considered the worst in history 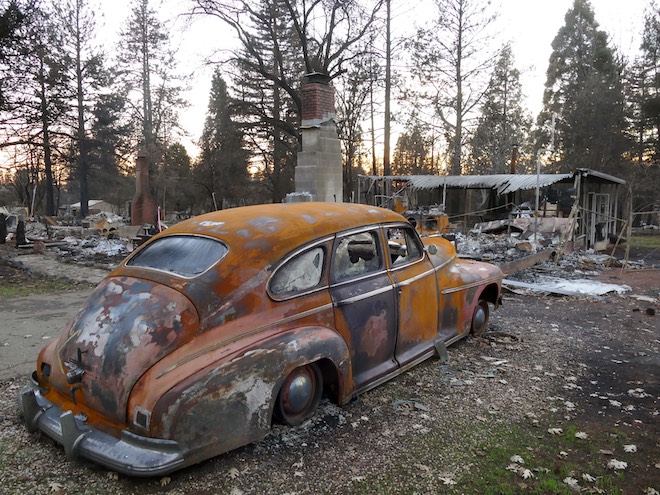 Last year in California was officially recognized as the worst in the history of the state in terms of the scale of forest fires, the Los Angeles Times reported on Saturday, March 9, with reference to a statistical analysis of the National Interdepartmental Coordination Center.

In 2018, 730 thousand hectares of land burned out in California, in 2017 – 530,000. The representative of the Department of Forestry and Fire Protection of California, Scott Maclean, confirmed that the fires were unprecedented. More than 100 people died, 17,000 houses and 700 businesses were destroyed.

According to firefighters, the most destructive outbursts differed in their most extreme nature — the embers carried by the wind created point fires far beyond the fire zone, and in the case of the Carr fire, the fire tornado ignited objects, lifting them into the air.

Many of the recorded deaths occurred during the Camp fire, which raged in Butte County and killed 86 people, mostly when they reached Paradise, destroying most of it. Camp and Woolsey fires burned together more than 250,000 acres of land in November.

After a seven-year drought from 2010 to 2017, most of California remains a powder keg. It is estimated that there are more than 147 million dry trees in the state. Ending a drought only adds to the problems, as fast-growing grasses and other small plants can dry out and catch fire, spreading the flames to shrubs and trees.

The rapidly increasing population of California, which has almost doubled since the 1970s, has caused fire-threatening areas to become more populated. Recent studies have also shown that the historical difference between the rainy season in December and February and the season of fires has largely disappeared, in part because of climate change.

Last year, Ken Pimlott, director of the California Fire Service, said that the state government should consider banning the construction of houses in potentially fire-prone areas. Officials plan to reduce forests throughout the state to prevent future fires, but some experts are wondering about the effectiveness of such measures. Forest depletion reduces available fuel, but can also cause forest soil to dry out or promote the growth of less fire resistant plants. Thicker forests may burn longer, but less intensely, writes the San Francisco Chronicle.

Forest fire specialist from the University of California, Max Moritiz said that such measures should be applied locally so that people have time to evacuate and firefighters can get to remote areas faster, but they cannot cope with the catastrophic scale of modern fires.