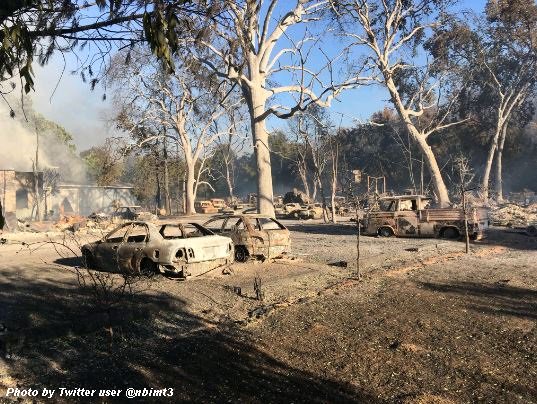 About 268 different buildings burned down in a fire in the Northern part of the U.S. state of California. This is stated in the message published on Wednesday on the social network Twitter the official representative of management of forest lands and fire protection state Daniel Berendam.

As he noted, according to the updated data, a total of 268 buildings were destroyed, including 175 houses. Most of the destruction falls on the lower lake.

According to Berlanta, the area of the fire is currently about 16 sq km In extinguishing involved 2088 firefighters. Previously was ordered to evacuate approximately 82 thousand inhabitants.

On Monday, the Management of forest lands and fire protection, California announced that as a result of a fire in lower lake was destroyed more than 170 homes. Was inflicted enormous damage, ” said Berlant at a press conference. – On-site working group of experts, which clarify that number. Among the reasons for the rapid spread of fire Berlant has named a strong wind, and hot and dry weather, established in the region.

Later, the office stated that the cause of the fire was allegedly arson suspect has been detained. He is a resident of the city of Clearlake (California). The man charged with involvement in and a number of other arsons.