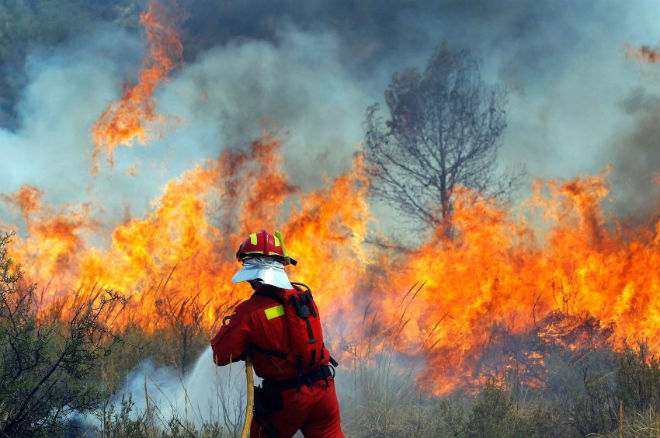 About 60 buildings were destroyed in a powerful wildfire near lake Isabella in Central California, USA.

The fire started to the North-East of the city of Bakersfield and just over four hours and covered an area of over 10 sq km. of the Building, destroyed by fire, were mostly uninhabited. The victims, according to preliminary information, no. Local authorities announced the evacuation of people near the fire zone.

Over the last week thousands of California residents have fled their homes due to wildfires. The spread of fire contributes to the drought and hot weather, there is a high class of fire danger.