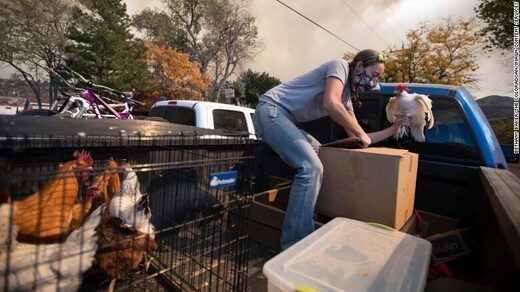 The fire covered over 158,000 acres. It flared back on August 13 and has been fueled by strong winds and woodland ever since, hindering firefighters’ efforts to fight the fire.

“Residents and employees of the enterprises must leave the territory immediately and as quickly as possible due to the immediate and imminent danger,” the sheriff’s office said.