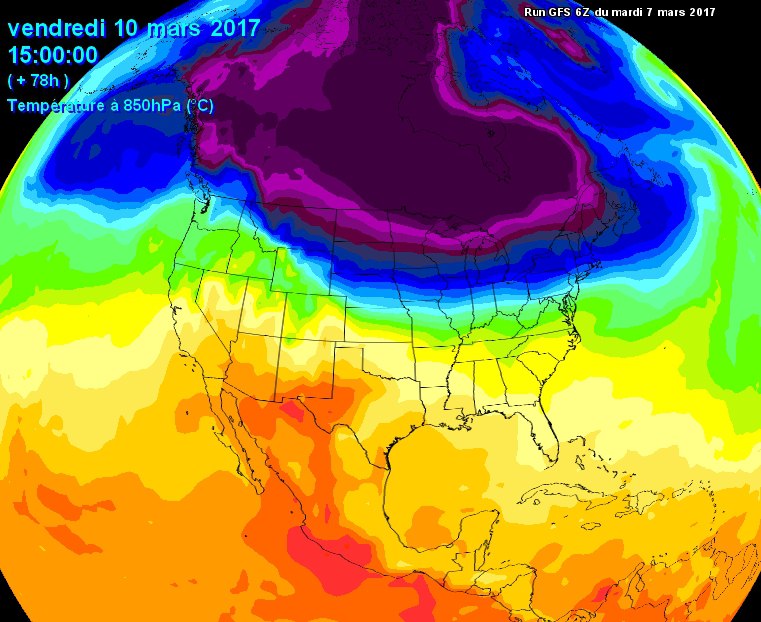 In the coming days, the Arctic is projected to be a massive blow to Canada and To the United States. It is expected that in the next 3 days in the rear of a deep cyclone (965гПа), which was formed due to large temperature contrasts, will begin the inflow of very cold air from Arctic regions.

In addition, the expected strong pressure drop. Behind the cyclone comes anticyclone (1045 – 1050гПа) that will provide rapid cooling of the air under a clear sky.

Arctic cold from Canada will displace the warm air from the Atlantic far to the North of Europe, which later (in mid March) will be the reason for the cooling in the Western, Central and Eastern Europe. By the way, even in these days in Spain is expected to removal of tropical air masses, which is expected to increase daytime temperatures up to 25 to 30°C.