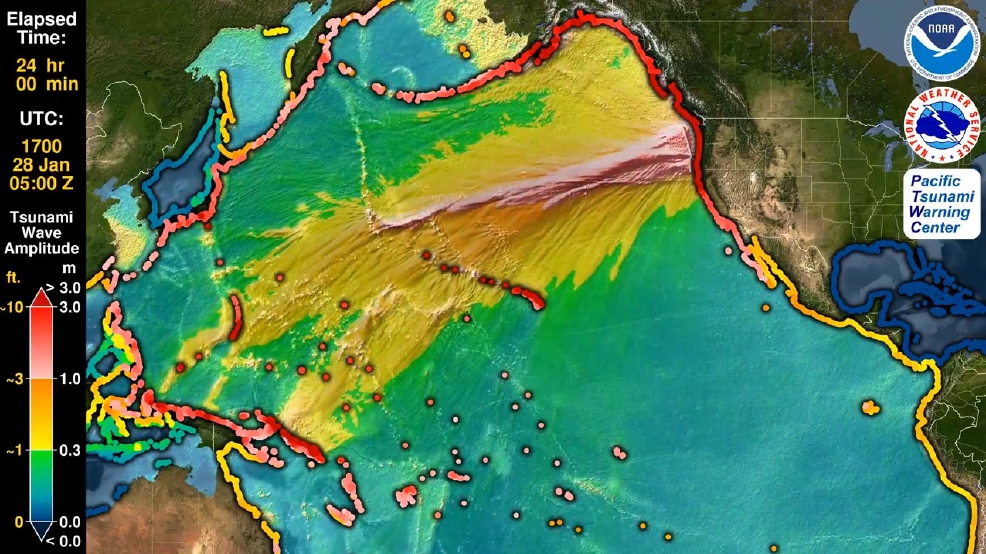 Scientists were very interested in the M4.5 earthquake between Port Orford and Cous Bay, Oregon, because it is linked to the forecast of a large earthquake in the Cascadia subduction zone.

Sunday at 12:31 pm the M3 earthquake. 4 thundered south of Mount Rainier, shaking the seismic area near Goath Rocks, which caused the devastating 5.5 earthquake back in 1981.

Three minutes later, an earthquake of magnitude 4.1 occurred off the very northwest corner of the Washington state coast and was most likely due to the movement of sea plates.

The earthquake, which received the most attention from scientists, occurred around 17:45 on Friday, November 22. 29.

The earthquake is intriguing in its scale and location. He registered at M4. 5 and hit southwest of Cous Bay at Port Orford, which is located off the coast of Oregon and the Cascadia subduction zone.

Scientists cannot pinpoint exactly where the quake near Port Orford happened. The epicenter could be in the most submerged oceanic plate, it could be in the Continental plate, which is also under pressure, or if it is on the Cascadia fault itself, which raises even more questions.

All these earthquakes are somehow interconnected and are a fresh reminder of how seismically active the Pacific Northwest is and will remain.