Catania airport was closed due to the eruption of Etna 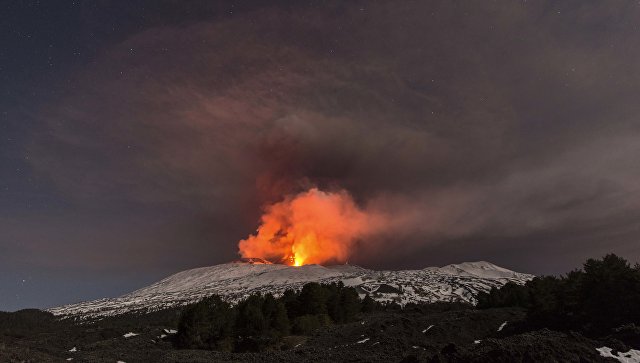 The airport of the second largest Sicilian city of Catania is closed due to the eruption of the volcano Etna, the air harbor informs.

“SAC (airport management company – Ed.) Reports that in view of the continuing eruption of Etna, accompanied by the release of large volumes of ash into the atmosphere, the crisis center decided to extend the closure of the airport of Catania to 12.00 on Saturday (14.00 Moscow time)

The air harbor does not work from last night, initially it was planned to resume flights at 8 am (10.00 Moscow time).

According to the report, the situation remains critical, despite the fact that harvesting equipment at dawn cleared the runway from the ashes that fell overnight. The crisis center of the airport intends to hold another meeting at 11.00 (13.00 Moscow time).
Some of the arriving flights are redirected to the airport of Comiso, located 100 kilometers from Catania.

Aetna woke up on February 28th. In recent days, volcanologists have registered an apparent increase in volcano activity and discovered two lava flows at an altitude of about 2.7 thousand meters above sea level. On Thursday, as a result of the release of volcanic material, 10 people were injured.