Chemical plant in the flooded city of Houston could explode 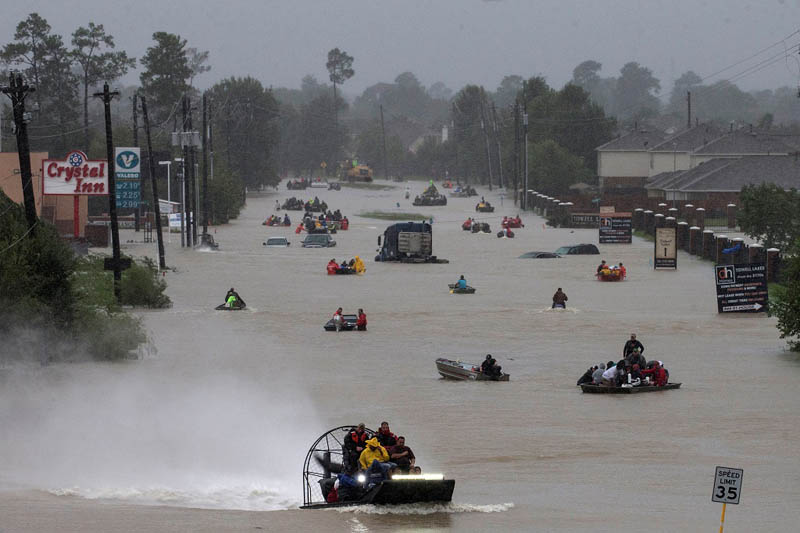 Due to the heavy rains that followed the hurricane Harvey, the cooling system of chemicals disappeared at the Arkema plant in Crosby.
According to the company, it is impossible to prevent a fire. The Arkema plant stopped working on Friday, even before the hurricane began.

However, due to heavy rainfall – 102 cm – its territory was flooded and electricity supply was interrupted, the company said. Reserve generators are also flooded.

The plant is engaged in the production of organic peroxides, and the chemicals stored there are dangerous at high temperatures.

“Now the substances can explode and cause a powerful fire,” Reuters quotes Richard Rower as head of the company. “The high level of water in the territory, as well as the lack of electricity, leave us no opportunity to prevent this.” 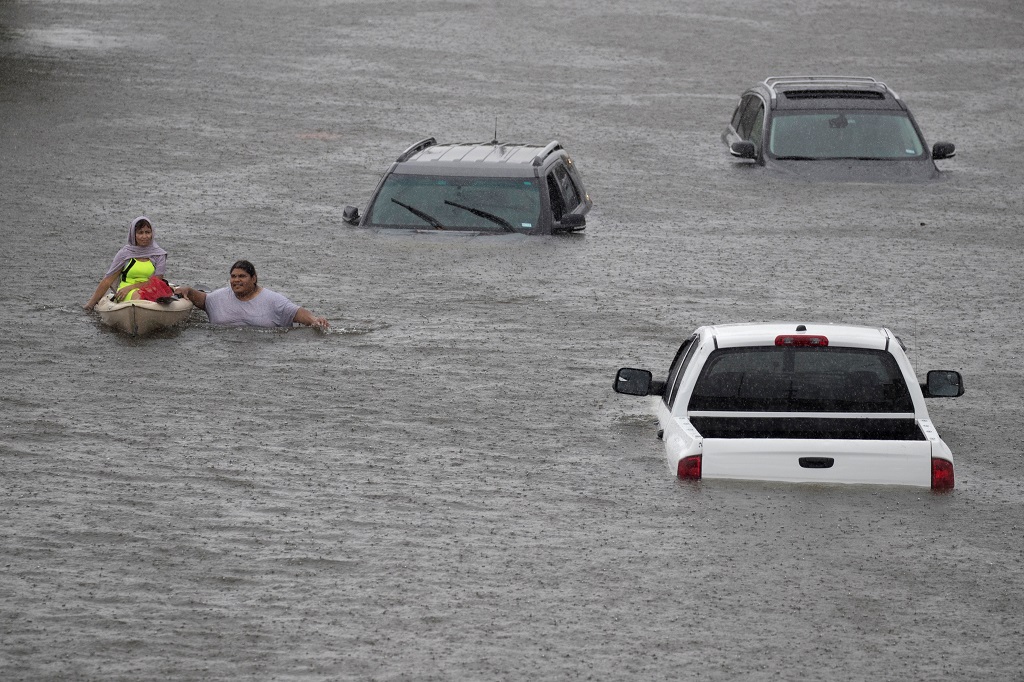 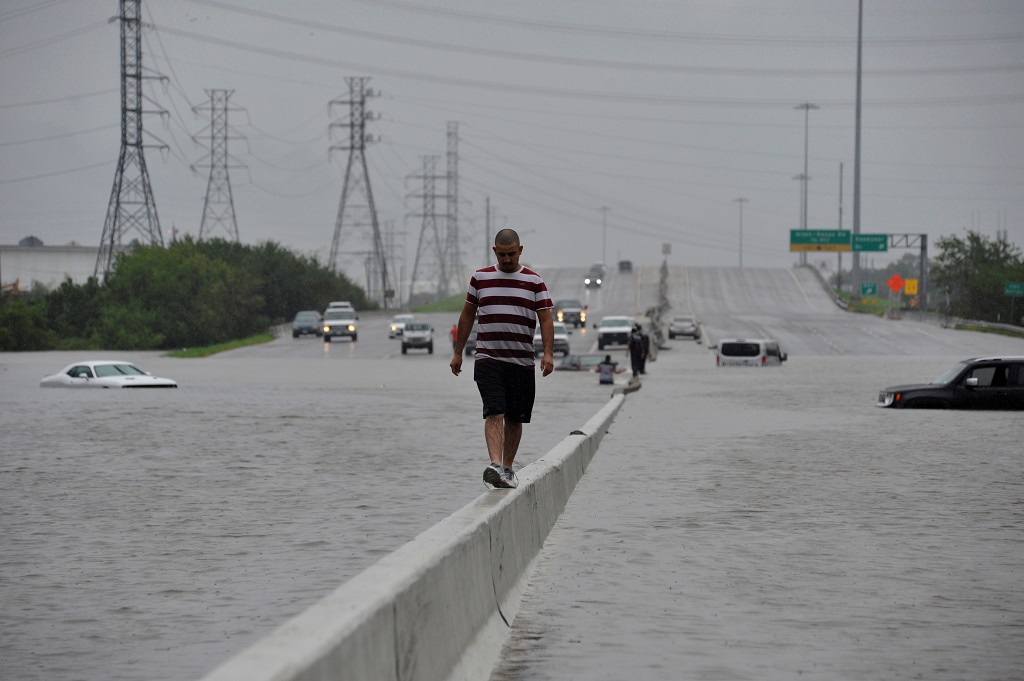 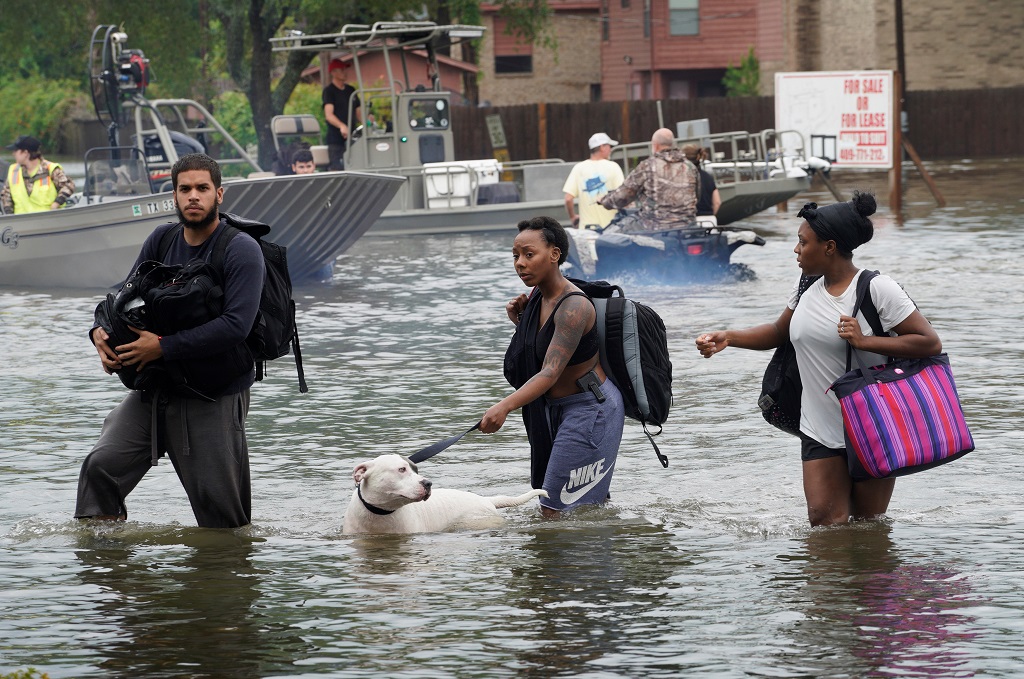 People walk through water to a staging area to evacuate from flood waters from Hurricane Harvey in Dickinson, Texas August 27, 2017. REUTERS/Rick Wilking – RTX3DL61 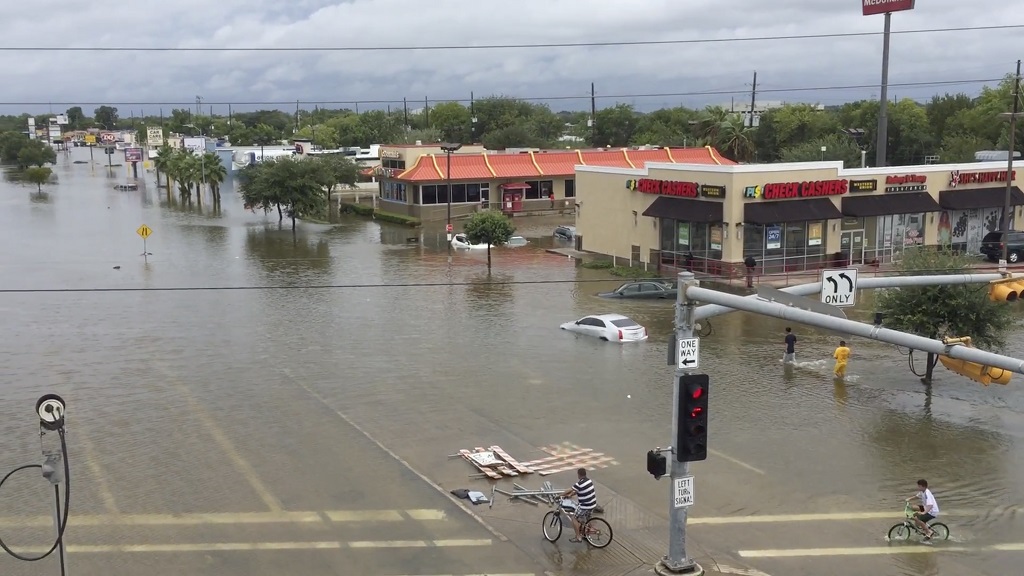 This image made from a video shows a view from U.S. Route 59 of flooding on West Bellfort Avenue in Houston, Sunday, Aug. 27, 2017. The remnants of Hurricane Harvey sent devastating floods pouring into Houston Sunday as rising water chased thousands of people to rooftops or higher ground. (DroneBase via AP) 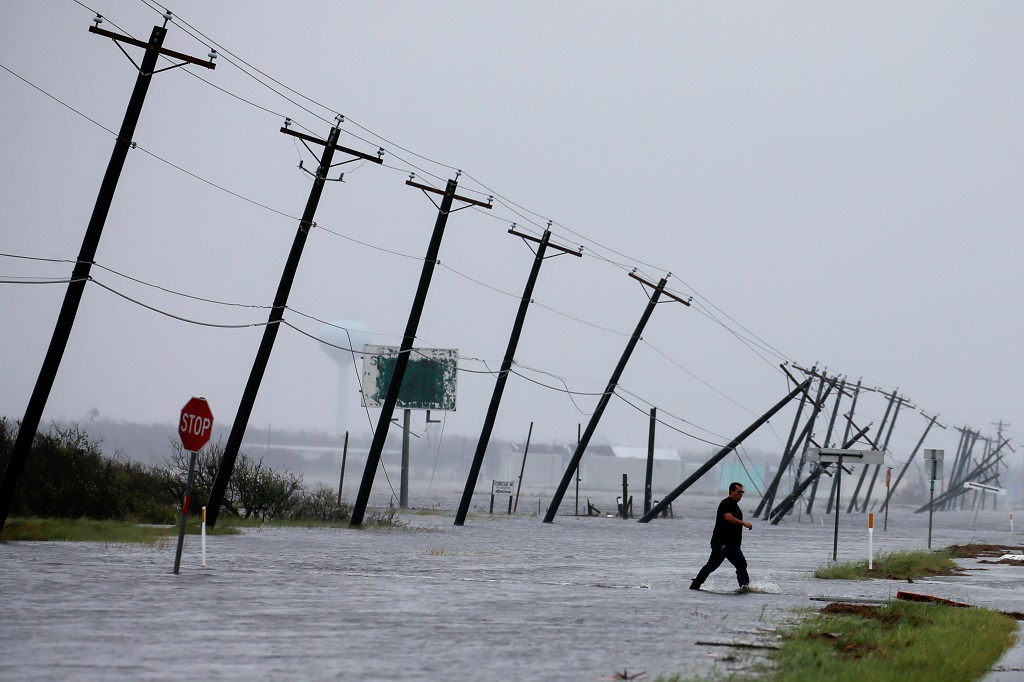 A man walks through floods waters and onto the main road after surveying his property which was hit by Hurricane Harvey in Rockport, Texas, U.S. August 26, 2017. REUTERS/Adrees Latif – RTX3DGNF 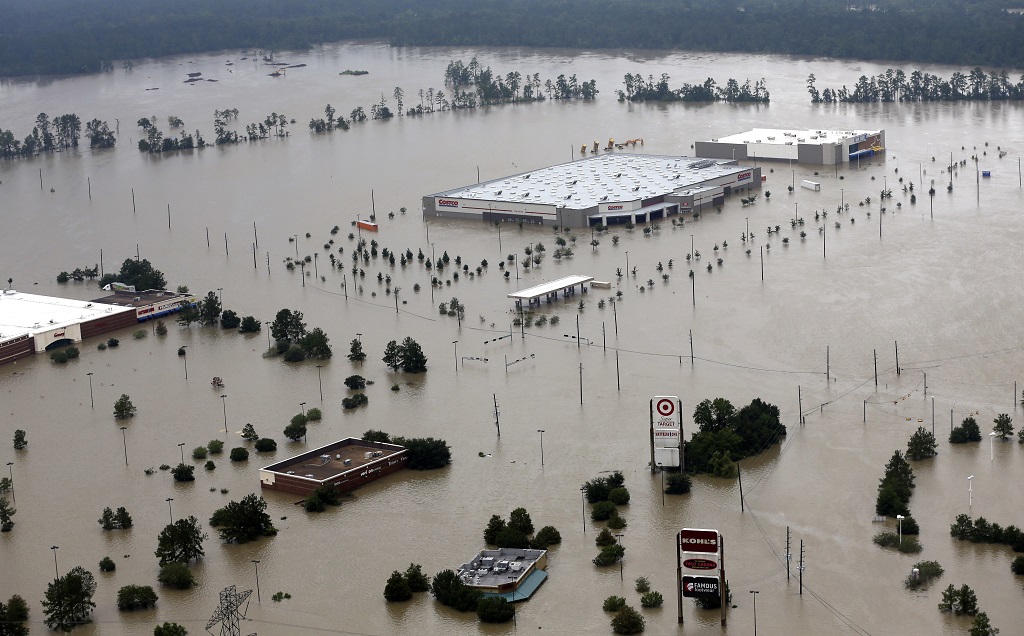 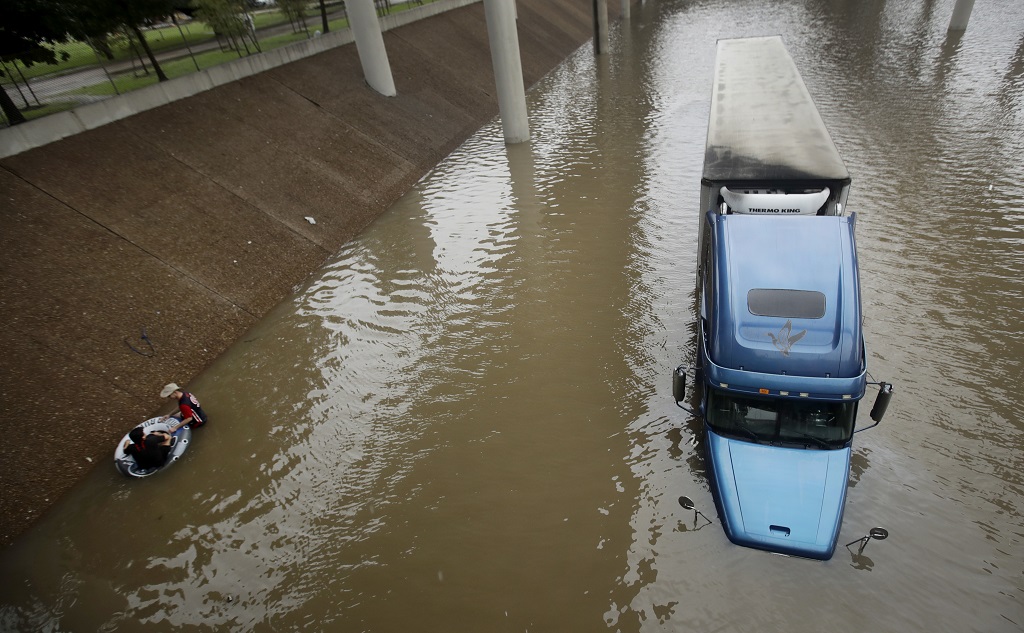 An unidentified man helps Carlos Torres, in tube, get to dry ground after Torres drove his tractor-trailer into a freeway flooded by Tropical Storm Harvey on Sunday, Aug. 27, 2017, near downtown Houston, Texas. (AP Photo/Charlie Riedel) 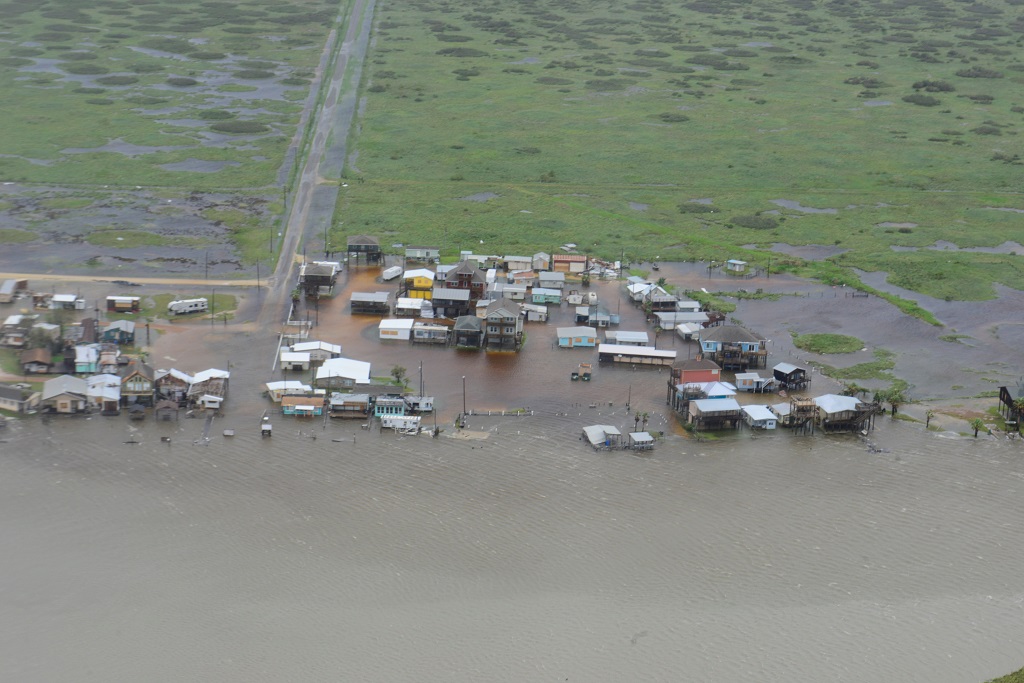 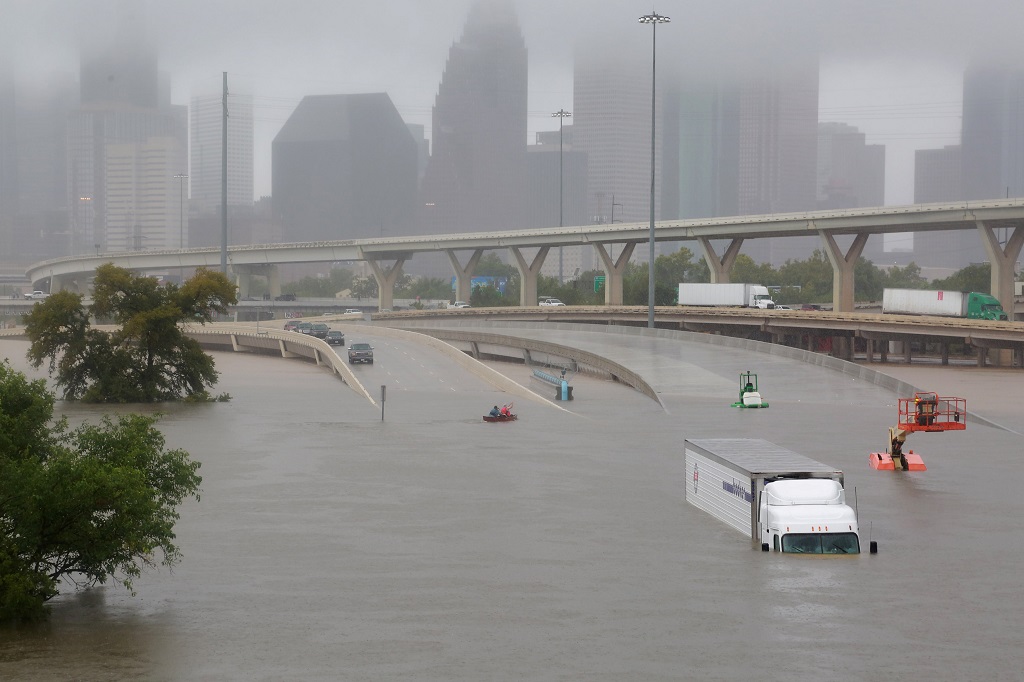 The consequences of the hurricane claimed the lives of at least 25 people.

Also, due to the closure of several pipelines by oil companies, energy supplies were damaged.

The US National Meteorological Service lowered the status of “Harvey” to the lowest – “tropical depression”, but weather forecasters continue to forecast heavy rains over eastern Texas and western Louisiana.

According to the head of Arkema, a potential fire is unlikely to spread over the territory of the plant, but residents of Harris County within a radius of one and a half miles (2.4 km) around the plant were evacuated as a precaution.