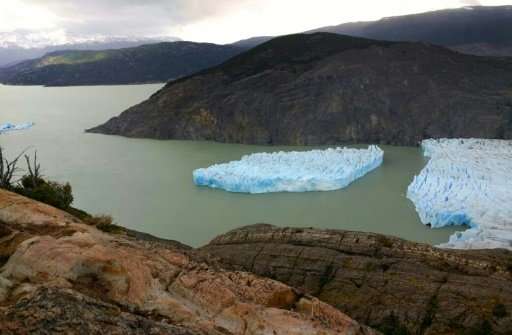 According to experts, a large iceberg, separated from the southern Chilean glacier, threatens local navigational navigation and can lead to flooding in coastal areas.

The iceberg, measuring 350 by 380 meters, broke away from the Gray Glacier in southern Chile at the end of November. The magnitude of the split surprised scientists who were following the glacier. “Such events are part of a short-term irreversible trend caused by an increase in global temperature,” said Raul Cordero, an expert on climate change at the University of Santiago.

“Now the iceberg looks like a big piece of ice, but when it comes out into the sea and falls into smaller fragments, it becomes a threat,” said Ricardo Yana, a glaciologist from the Chilean National Antarctic Institute.

“Given its size, smaller icebergs that can break away from it will create problems for navigation. In addition, they will contribute to sea level rise, exposing coastal communities to the risk of a possible flood. ”

The Gray Glacier is located in the Torres del Paine National Park, about 3200 kilometers south of Santiago. Over the past 30 years, the glacier has lost about two square kilometers of ice, and now its area is about 270 square kilometers. It is part of the South Patagonian ice field, the third largest land ice field after Antarctica and Greenland.