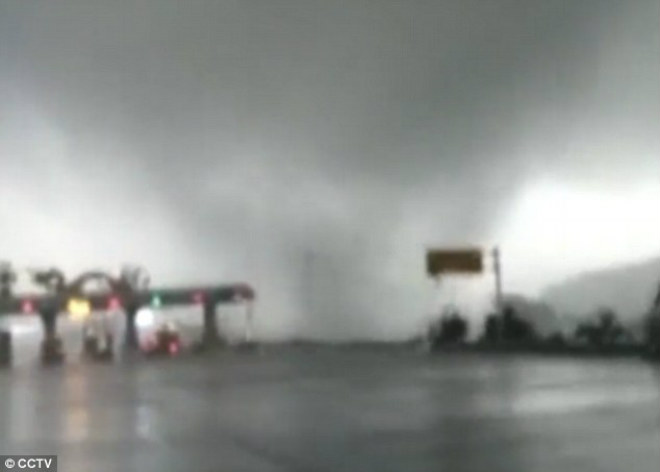 A strong tornado was captured on a highway in the Chinese province of Jilin Liaoyuan in. Giant vortex approached the toll road, destroying everything in its path. In the air circled a variety of construction debris that a tornado destroyed. Fortunately, during the accident no one was hurt, the victims information has been received.

China is experiencing the period from July 19, intense wave of bad weather which causes many victims. About 15 million people were affected in 10 Northern provinces due to heavy rains, floods and wind storms. Unfortunately, in the coming days is expected to more rain.