China comes after a devastating tornado 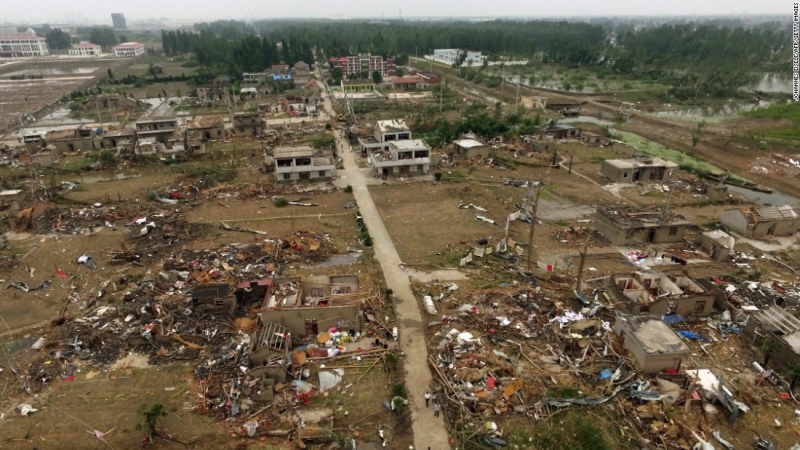 The death toll from the strongest in a century hurricane that struck on 23 June on a few areas China’s Jiangsu province, has risen to 103 people. Injured 870 people, more than 1,700 people have fled their homes.

A hurricane, accompanied by showers and hail, collapsed on June 23 on a few areas of Jiangsu province.

According to witnesses, the wind overturned cars, snapped trees and tore roofs of houses. Hurricane in the city’s Yancheng became the most powerful in the country since 1966.