China has suffered from floods caused by heavy rains 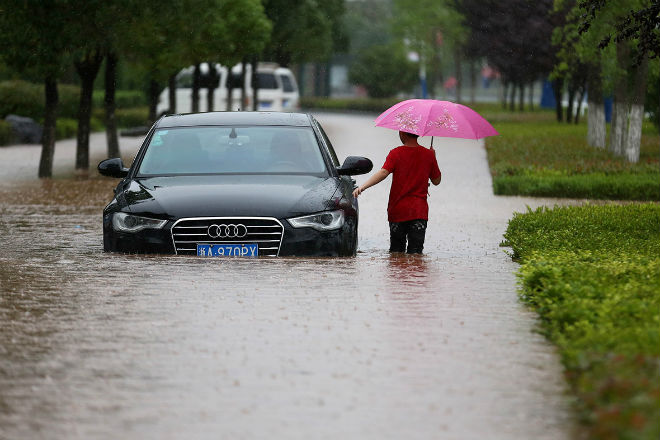 In the result of heavy rains, lasting from June 23, in Central China’s Hubei province suffered about 506,4 thousand people. Victims of bad weather were three people, the fate of another is unknown.

According to local authorities, their homes due to natural disaster were forced to leave 7837 people, 417 of residential buildings collapsed, the water was 30,96 thousand hectares of crops. To the affected areas directed folding beds, blankets and clothing. According to the forecasts of meteorologists, heavy rains in Hubei province did not subside until 29 June.

In addition, heavy rains caused a landslide in the County to Magu Liang-Eskogo Autonomous district of Sichuan province in southwest China. In the aftermath, five people missing, affected a total of 79 people from one village. A landslide led to power outages, cessation of communication and damage to some roads.