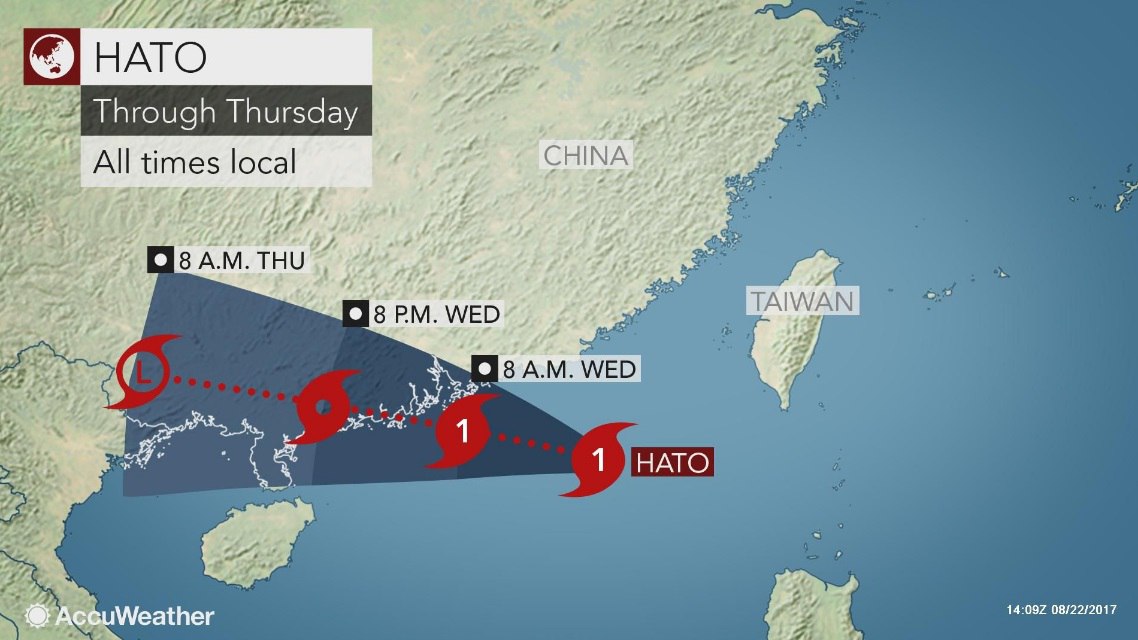 The 13th in this year’s typhoon “Hato”, according to forecasts of meteorologists, should land on the morning on Wednesday morning in the strip between the county of Huideong and the city of Yangjiang in Guangdong / South China /. It causes strong wind and rain in coastal areas of Fujian Province / Southeast China /.

This morning the typhoon continued to move westward at a speed of 20 km / h. The Fujian Meteorological Service predicts a wind of 8-11 points in the coastal areas on August 22 and 23, and wind power can reach 12-13 points in the water area next to which the typhoon center passes.

“Hato” also bring rain in Fujian. According to the forecast, heavy rains are expected in the coastal areas of the province next night, which will go all the next day.

Fujian is preparing to meet with the elements. As of 8 am on Tuesday, more than 4,000 people were being brought ashore to sea.