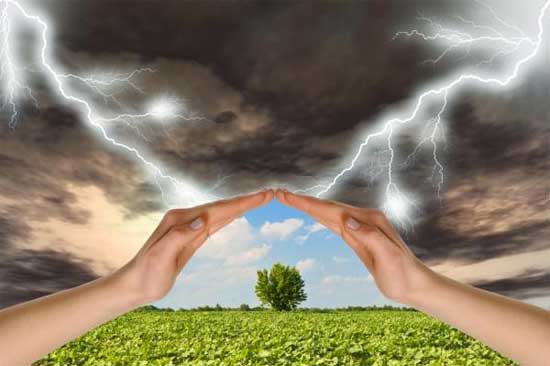 China has developed an ambitious project to control the weather on their territory. With this purpose, on the Tibetan plateau, it is planned to create artificial clouds to cause rain water and fill the river to the North of the country.

A Grand project to control the weather, interested authorities of Qinghai province in connection with the fact that the region is one of the driest in the country. Even if you have large possibilities of land reclamation technologies to tackle drought in Qinghai fails. In the region originate such major rivers as the Yangtze, Mekong and yellow river.

According to scientists Chinchaycocha University, the creation of artificial clouds over the Tibetan plateau will trigger rains, which will bring more than 5 billion cubic meters of water per year. Due to them will rise the level of water in the yellow river. Research funding at the expense of the government of Qinghai province. Plans for weather control is in the five-year plan of the region first.

“Between the boundary layer and troposphere the atmosphere is stable, orderly channel for the transport of water vapor, called the “Heavenly river”, — said the President of the University Chinchaycocha van Guantan.

To intercept the water offer with the help of chemicals in the atmosphere will bring the aircraft or missile. To exercise control over the current state of the weather will be special companion.

Project weather control is not supported by all scientists. So, Professor Luo Yun from Tsinghua University (Beijing) said that never heard about the existence of “Heavenly river”. Control the weather to such an extent the Professor believes is unlikely.

Weather control in this century is no longer a fantasy. In Moscow in the 70-ies through processing of special chemicals clouds have started to disperse clouds to ensure Sunny weather. Since the dispersal of the clouds is not just practiced in Moscow during the festivities.

In 2007, the Chinese government caused an artificial snowfall in nagqu, Nyingchi County in Tibet by dispersion of silver iodide into the atmosphere. For military purposes the Americans were dissipated in the period of the Vietnam war (1965-1973 years) silver iodide. Caused by torrential rains washed away the “Ho Chi Minh Trail, the main path for the delivery of the South Vietnamese partisans of equipment, ammunition and weapons. Besides, destroyed the crops of the enemy.

Subsequently, the U.S. government took a step forward, influencing weather not with ballistics and chemicals, and electromagnetic energy with the installation of HAARP. The installation consisted of 180 large antennas at a height of approximately 30 meters, which used electromagnetic radio waves range 3.6 million watts to excite the ionosphere. HAARP installed in Alaska, was used for studies of the Aurora high-frequency effects. Unit operating since 1993 and closed in 2013 due to problems in funding, but according to some reports, in fact, the unit continues operating in the secret mode.

Deposition of chemicals on the ground harms human health and the environment. Moreover, scientists believe that the positive change in the weather in one area can cause negative effects in another.

In 1961, the us military has thrown in the ionosphere 350 000 two-centimeter copper needles. The result was a powerful (8.5 points) an earthquake in Alaska, and in Chile there was a tectonic shift in its result, the part of the coast slid into the ocean.

The strongest effect of the HAARP installation. “Project HAARP has become a global vandalism because of the fact that vast amounts of energy from gigawatt power thrown out into the outer sphere of the Earth. Present and future effects on this planet and all life forms cannot be valued in any way. The destructive power of this weapon is thousands of times greater than the power of the atomic bomb” — said the scientist Eduard Meyer.

HAARP blamed for natural disasters, including the Japanese earthquake of 2011. The conspiracy theorists have suggested that HAARP caused earthquakes, droughts, storms and floods, as well as various diseases. The crash of flight TWA 800 in 1996 and the loss of the Shuttle Columbia in 2003, critics also attribute it to HAARP.

Besides the United States (three HAARP), installation HAARP also owned Norway, the European Union (one set in tromsø), Russia (one set in Vasilsursk). The possible consequences of the use of plants to modify the weather for military purposes unpredictable, experts say.