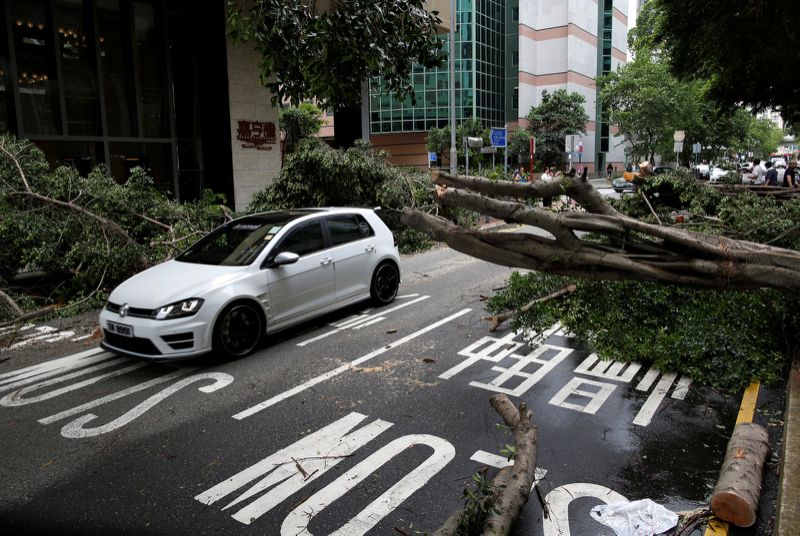 In the Chinese province of Guangdong, which passed the strongest Typhoon “Nida” decreased the intensity of wind and rains, the traffic is restored.

Messages on victims and victims did not arrive. Typhoon Nida made landfall in the night of 2 August in Shenzhen city on the southern coast of China. According to the authorities, here the element broke off 153 power line, power is restored for 79 of them. Squally wind in the city uprooted trees due to heavy rainfall are observed flooding.

Nature struck as the city of Guangzhou, Foshan, Zhaoqing. At 18 hours Tuesday, Nida weakened to the level of a tropical storm, has moved into Guangxi Zhuang Autonomous region. In Guangdong province suffered from the Typhoon 335,5 of thousands of people urgently evacuated 22 thousand people.

In temporary shelters are 645 thousand local residents and guests of the province. Authorities have identified the victims 389 tents and 22 thousand warm blankets. From strong winds and rain affected 4860 ha planted crops.

Rail traffic in the province will fully restore 3 Aug. Airport Shenzhen began to return to normal rhythm of work at the dinner on 2 August, but many flights remain cancelled. Water transport, which was completely paralyzed due to the Typhoon, too, is restored.