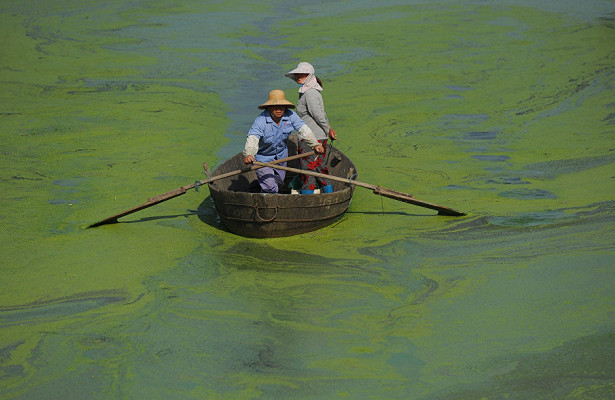 Lake Chaohu in the eastern province of China Anhui changed its color due to warming, which led to the multiplication of algae.

The flash was recorded on the sixth part of the surface of the lake, the area of ​​which is about 760 square kilometers. The situation may lead to a deterioration in water quality, as well as the death of fish due to a decrease in the oxygen content in the water.

The authorities took measures to extract algae, which they want to use for fertilizers.

Lake Chaohu attracts tourists thanks to nearby attractions such as the island of Laoshan, the Temple of Zhongmiao, the Tunian River and the Cave of the Immortals.