Climate catastrophe is coming to Europe 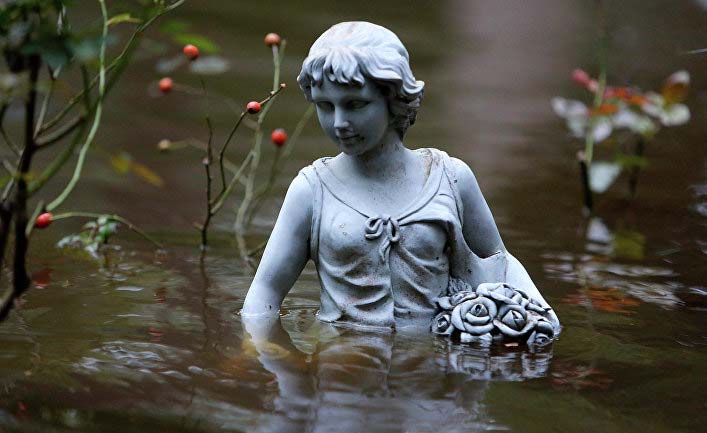 Climate disaster in Europe will be like this: explosion in the form of flood, fire and drought. This will mean big changes in our daily lives, and we need to start planning.

A new report from the researchers is full of gloomy predictions about the climate in Europe in the coming decades.

“Assessment of hazards that may lead to climate change in Europe” (“Multi-hazard assessment in Europe under climate change”) is the title of the report, which the authors predict the appearance and strength of natural disasters such as floods, forest fires and drought in Europe in the next 70 years.

Stronger than all affected southern Europe: the authors of the report argue that countries such as Portugal and Spain, will experience such unprecedented growth in the number of extreme weather manifestations that, according to the scientist of Sameta Bjorn (Bjørn Samset), this will have a significant impact on the economy of both countries.

“Southern and Western Europe in the coming decades will have the worst. Their share will fall to a mixture of heatwaves and floods in coastal areas. The climate problem, there can be so big they will affect the whole of Europe, since food production in these countries will become very difficult. This will also affect the economy,” says Samset.

In the 2080-ies of southern Europe each year, will survive periods of drought and extreme heat, the authors write. Periods of heat, called “heat periods of a century”, with the probability of 70% will happen in southern Europe every year. “The centennial drought” can be expected every year with a probability of 60%. It is also expected a lot more forest fires, floods and storms in countries such as Spain and Portugal in the 2080’s.

“Report — a very sad read. We know what happens when a lot of rain and very hot, and this shows how bad may be the climate in Europe,” he says.

The authors of the report used a range of techniques to predict extreme weather events. Samet, a researcher from the Centre for the study of climate CICERO, Center for International Climate and Environmental Research, Oslo, says that the report was “serious and highly competent research environment.”

Scientists are trying to predict the frequency and severity of natural catastrophes in Europe in 2020-e, 2050 and 2080-ies. To simplify matters, the continent was divided into five parts. Forecasts for 2050-e reflect the goal to limit the rise in global average temperature to a maximum of two degrees compared to pre-industrial levels, we set ourselves the international community.

In the North, floods will become larger and the heat is often

“In the North is expected to increase heat and increase in the number of large forest fires. The number of dry periods is also significantly reduced,” — explains Samet.

Simply put, the trend is the same: Europe needs, starting from 2020 and especially 2050 and beyond, expect significant growth in the periods of heat, cold, droughts, forest fires, floods and storms. Natural phenomena will also increase in strength, and in the opinion of Samset, we should expect that because of climate change some parts of Europe from time to time will be “removed from the game”.

However, it is not configured pessimistically speaking about the future of the continent.

“In our daily life, many things will change, and it is therefore important to plan for the infrastructure in the North now. Local authorities, for example, should not build housing in areas that are flood-prone. I think we can cope with climate change, but it will require more resources from the whole society.

The situation in Norway and Northern Europe will be better than in the southern regions of the continent. But the report predict significant climate change in the North: we should expect the heat wave, forest fires and floods every year. The chance that in Northern Europe every year will be “a century of heat” amounts to 40% if you believe the information is analyzed by scientists.

— The problem is that these climate changes will occur at the same time that society will need to abandon fossil fuels. In sum, these two challenges create a very challenging situation for the use of resources in Europe — notes Samset last.

— Many are quite skeptical of climate research, saying that there is a definite background.

— I’ve always been interested in what may be someone’s personal interest, when predicted, what will be the climate in 100 years. The studies were conducted by serious people who took information from many other professionals. I think we’ll survive, but only if you are not going to close on these predictions and pretend that nothing bad will happen, ” says Samset about climate change.

“Something described in the report would happen no matter what. The goal is not to exceed the so-called “dvuhgolosyj barrier”, but then we know for certain that natural disasters will be more. When I make presentations to students in high schools that seek to convey to them the following: despite the fact, as they build their lives, the climate will stand on the agenda as long as they are destined to live.