Climate change has accelerated the “natural clock” in the Arctic 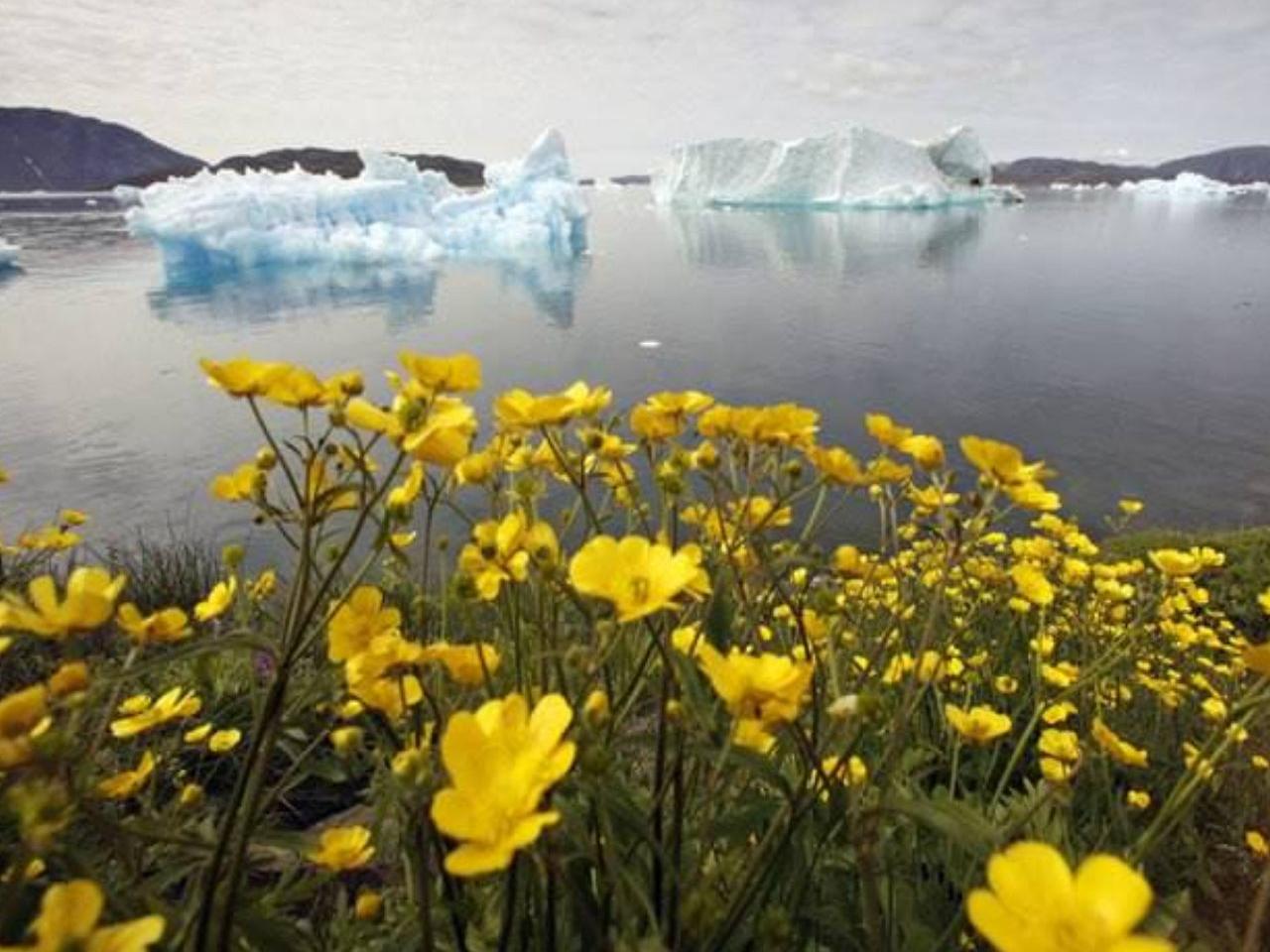 Over the last decade, some species of Arctic plants to background climate warming began to welcome the spring much earlier. According to the study, researchers from the University of California at Davis, these changes are associated with a decrease in sea ice cover.

Order seasonal events such as the first spring shoots, the formation of buds and flowering, are the phenology of plants — the schedule of the stages of his life, or “natural clock”. And in the Arctic, these watches run forward.

The study is based on the results of 12 years of observations in the area West of Greenland, 150 miles from the Strait of Davis. This place is located near a glacier Russell, projecting from the inner massive ice sheet that covers most of the island. Every year from early may to late June, scientists conducted daily monitoring of growth of primroses in this area.

They found that warmer winter and spring has led to reduced Arctic sea ice cover and broke the seasonal cycles of plants. For example, one species of sedge, now appears out of the ground by as much as 26 days earlier than a decade ago. “This is an amazing promotion — almost the entire vegetation period”, says polar ecologist and the study’s lead author Eric Post.

But some species, despite the short Arctic growing season, on the contrary, in no hurry to come out of hibernation. So, silver willow blossoms at the same time as before, and dwarf birch in the decade accelerated, only five days.

The study shows that the rapid change of the Arctic landscape will have long-term consequences for the ecological structure of the region, changing it up almost beyond recognition. “It’s like Picasso painting: before our eyes the fragments of a familiar landscape blurred and rearranged into something new.”

Previous studies in 2008 and 2013 showed how such changes affect the lives of reindeer in the region. Caribou come to this place every year during the breeding season to take advantage of the nutrients plants needed to restore after a winter of feeding their newborn babies. But since the appearance of the plant in the spring has shifted, the internal clock deer regulated by the seasonal changes in day length, have not kept pace. The food is still there, but its remains are not as nutritious as they were in the early growth. As a result, the calves are born weak and die early. According to the author, this is just one example of the consequences for the entire ecosystem.