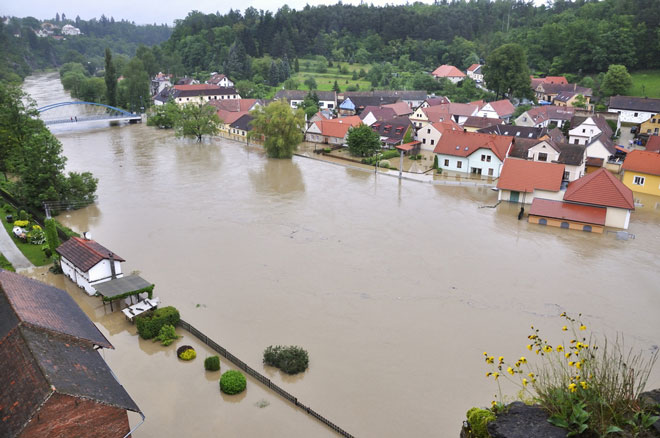 A new study by European scientists has shown that global climate change over the past 50 years has had a significant impact on floods in Europe. However, the changes are uneven. In comparison with the established schedule of the middle of the last century, today floods somewhere come earlier, somewhere – later than usual.

For example, in the south of England large-scale floods now come 15 days earlier, and on the rivers flowing into the North Sea, on the contrary, eight days later than usual, the article published in the journal Science says.

Meanwhile, floods caused by rising water levels in rivers affect more people than any other natural disaster. Scientists estimate the estimated global damage from river floods of more than 100 billion dollars a year.

In a new study of European scientists, observations from 4262 hydrometric stations in 38 countries are being studied since 1960. An analysis of these data points to the obvious, but complex impact of global climate change on river floods.

Scientists have established that, in addition to precipitation directly, other factors affect the nature of floods, such as the amount of moisture already in the soil, and some aspects of land use that can accelerate the natural flow of water from the hills.

The most consistent changes were recorded by researchers in northeastern Europe around Scandinavia, where earlier melting of snow due to higher temperatures leads to earlier spring floods. Approximately half of the monitoring stations recorded the onset of floods for eight days earlier than 50 years ago.

In these regions, the problem is not the active thawing of snow, but the saturation of the soil with moisture. The maximum amount of precipitation, as a rule, falls here in autumn, and this moisture is retained in the soils. The stronger and the earlier the rain falls, the faster the groundwater replenishes and the soil becomes saturated.

As for the reverse trend, it is observed in the North Sea, in the Netherlands, Denmark and Scotland. Scientists believe that this is due to changes in the North Atlantic Oscillation (SAC), because of which storms go across the ocean to Europe. According to this study, now storms reach the shores of Europe later than half a century ago, as a result and river floods occur later.

The authors of the study indicate that such changes in the flood regime will have significant consequences for the economy of the region. So, because of changes in river ecosystems, salmon spawning time will also change. Certain changes this climatic trend will have for hydropower and agriculture, because the fields will remain wet longer.

In addition, experts emphasize that the results of the study indicate the need to revise the infrastructure of European cities that stand on large rivers. Obviously, existing flood protection measures in new climate realities may not be enough.