Climate change is a serious threat to aviation 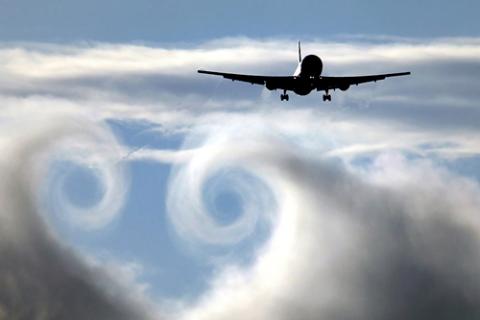 Climate change will have serious implications for aircraft in the UPS and will increase the probability of occurrence of turbulence, icing trim and threatening the engines dust storms, according to the United Nations.

International civil aviation organization also warned that the rise in sea level threatens the airports located in the lowlands, as the increased number of clouds reduces visibility. This will be especially noticeable in the middle East and Latin America. Experts say that in new conditions the reliability of aircraft must be carefully controlled because the probability of accidents rises during extreme weather.

Aviation today is one of the main sources of greenhouse gas emissions. The industry has faced great criticism from the world community due to the lack of action in addressing this problem. The report on environmental problems of the International civil aviation organization says that the world should prepare for global warming today.

“Aviation is a business with extremely high risks. Climate change today poses new risks, and airports should take this into account. In recent decades there has been research that gives us an idea of what will be the future climate, however, the true situation becomes obvious only after 30-40 years. Now there is no reason to panic, but how relevant is today’s airport infrastructure to new climate conditions? So airports now have to evaluate all the risks, think about the future, to minimize casualties, to ensure safety in the aviation sector. All stakeholders of the aviation industry needs to take action. There is no meaning to being oases of stability in the ocean of vulnerability,” the report said.

The study presents a list of potential problems for aviation that will arise as climate warming. For example, increasing the temperature highs will lead to a significant reduction in air density and reducing the resistance force of the wings of aircraft.

This decrease of the lift force can have serious consequences if UPS so those aerodromes where it is necessary to gain more height or a short runway. All this affects the load, and even fuel supply.

The report warns of serious concern in the subtropical regions, where the warming issue is particularly relevant. Already planning to spend the evening and night flights, to take advantage of the cooler temperatures and denser air, but this is only possible in some regions (e.g. middle East, high-altitude airports in Central and South America), where during the night the air cools and the clouds are high up.

The increased humidity in some parts of the world and, oddly enough, the higher the temperature, posing a risk of icing of the aircraft. This suggests the need of updating the rules to control air court with two engines when flying through the airspace over the ocean, as in the cabin can drop the pressure, or it may be a loss of power in one of the engines, causing the ship may sink to the level of height where possible icing.

On the other hand, icing may occur when the more intense concentration of cumulonimbus activity.

“Changes in jet streams can affect flight routes, their duration and fuel consumption. Another danger lies in the increasing shear flow inside the jet at cruising level, which may lead to decreased stability of the atmosphere and increase the probability of turbulence when nothing foretells,” — said in the report.