Climate warming changes the state of the permafrost 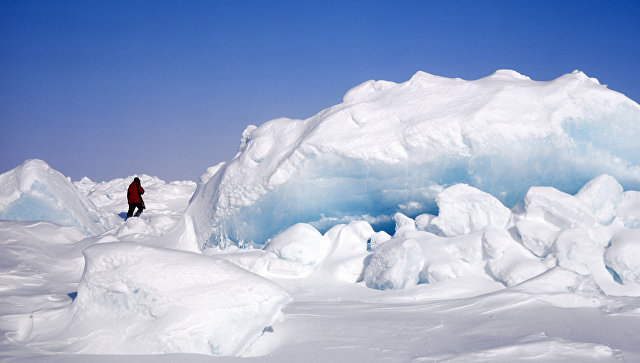 The increase in the average air temperature in Russia exceeds the rate of global warming more than 2.5 times, according to acting head of the Russian center of monitoring and forecasting of emergency situations of EMERCOM of Russia Konstantin Moskin.

The conference is attended by representatives of Russian Academy of Sciences, the Ministry of energy, Rostekhnadzor, VNII GOCHS EMERCOM of Russia and many others.

Moskin noted that significant climate warming changes the state of the permafrost, which occupies about 25% of the area of all Land and 63% of territory of Russia.

The thawing of permafrost led to the deformation up to 60% of the objects in Igarka, Dikson, Khatanga, and to 22% in Tiksi by mid-century the permafrost area could be reduced in Russia by a quarter.

Currently, due to degradation of permafrost deformed to 60% of the objects in Igarka, Dikson, Khatanga, up to 100% in the settlements of Taimyr Autonomous district, 22% in Tiksi, 55% in Dudinka, 50% in Pevek and Amderma, about 40% in Vorkuta, which increases the risk of emergencies, said Moskin.

He also added that according to forecasts, the area covered by permafrost in Russia may shrink to the middle of the XXI century to 20-25%, and by the end of the XXI century — at 31-56%, even more will increase existing risks of loss of stability of buildings and constructions, objects of transport and pipeline infrastructure.

Thawing of permafrost increases the bio-social risks of emergencies. An example is the outbreak of anthrax in July in the Yamalo-Nenets Autonomous district, where the disease was not registered in 1941 — said Moskin.