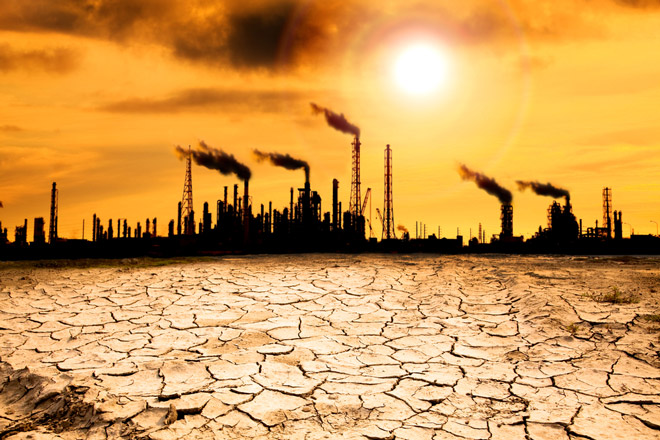 It is known that the decision of Donald Trump about the US withdrawal from the Paris agreement on the climate caused a lot of discontent among environmental scientists and adherents of respect for the environment. However, according to new data, climate change on Earth is already irreversible.

Two new studies were published in the journal Nature Climate Change last week. According to one of them, by 2100 the average temperature of the air on the planet will inevitably increase by 1.3 degrees, even if humanity completely stops the emission of greenhouse gases today. According to scientists, the atmosphere contains enough carbon oxides to support the process of climate change.

It is obvious that the emission of greenhouse gases will not only cease, but will increase, so a more realistic forecast looks different. With a probability of 95 percent by the end of the century, the average air temperature will increase by at least 2 degrees, and the most likely figure is 3.2 degrees.

Nevertheless, experts believe that it is necessary to act in any case, this will allow at least somehow to soften the forecasts. Among the mandatory measures, scientists call increased taxes on greenhouse gas emissions, increased investment in science and green technologies. “Our research should provoke people to take active action, but not to be discouraged about the hopelessness of the situation,” said Professor of Statistics and Sociology at the University of Washington Adrian Rafteri, one of the authors of the new works.

It is interesting that, according to Rafferi, population growth does not play a special role in climate warming. Regions with the highest growth rate bring the smallest share of greenhouse gas emissions.