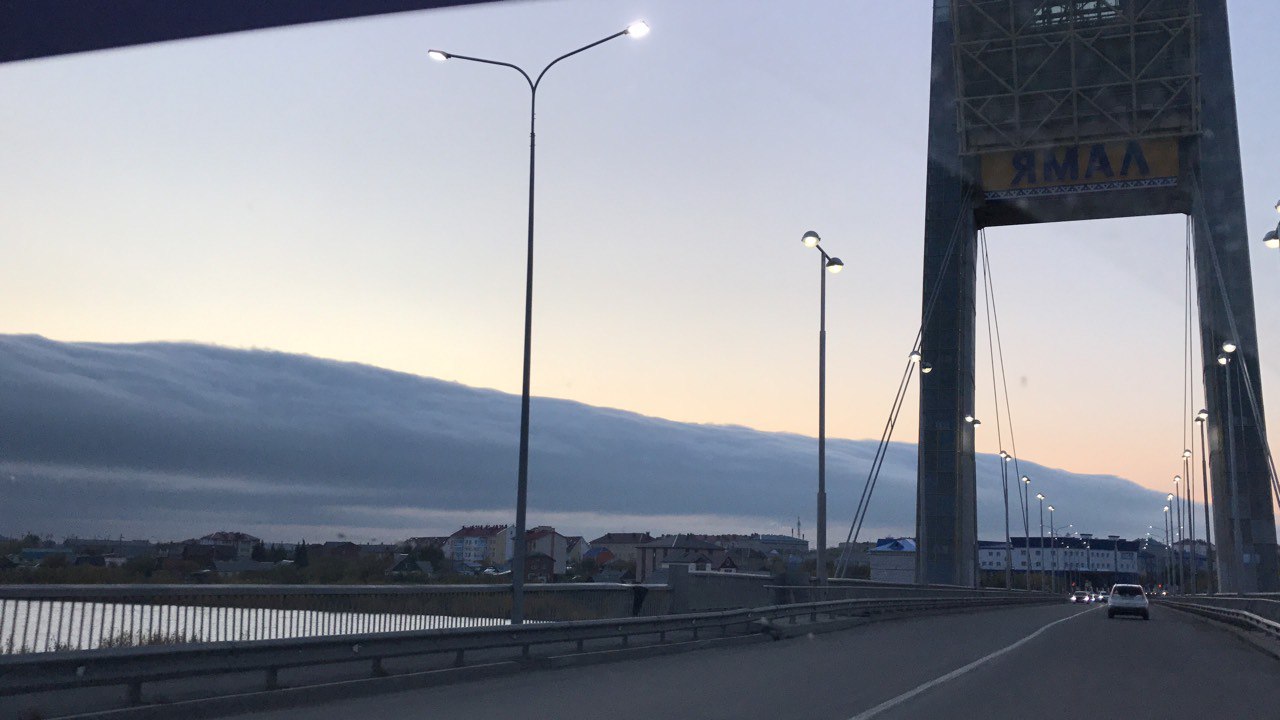 An unusual natural phenomenon was observed on September 21 by the inhabitants of Yamal. A huge cloud resembling a giant ocean wave was photographed by many residents of the region.

This phenomenon occurs when there is a sudden change in temperature, when warm air streams are above the cold ones. Often it is accompanied by a squall, a shower, a thunderstorm and a pressure drop. 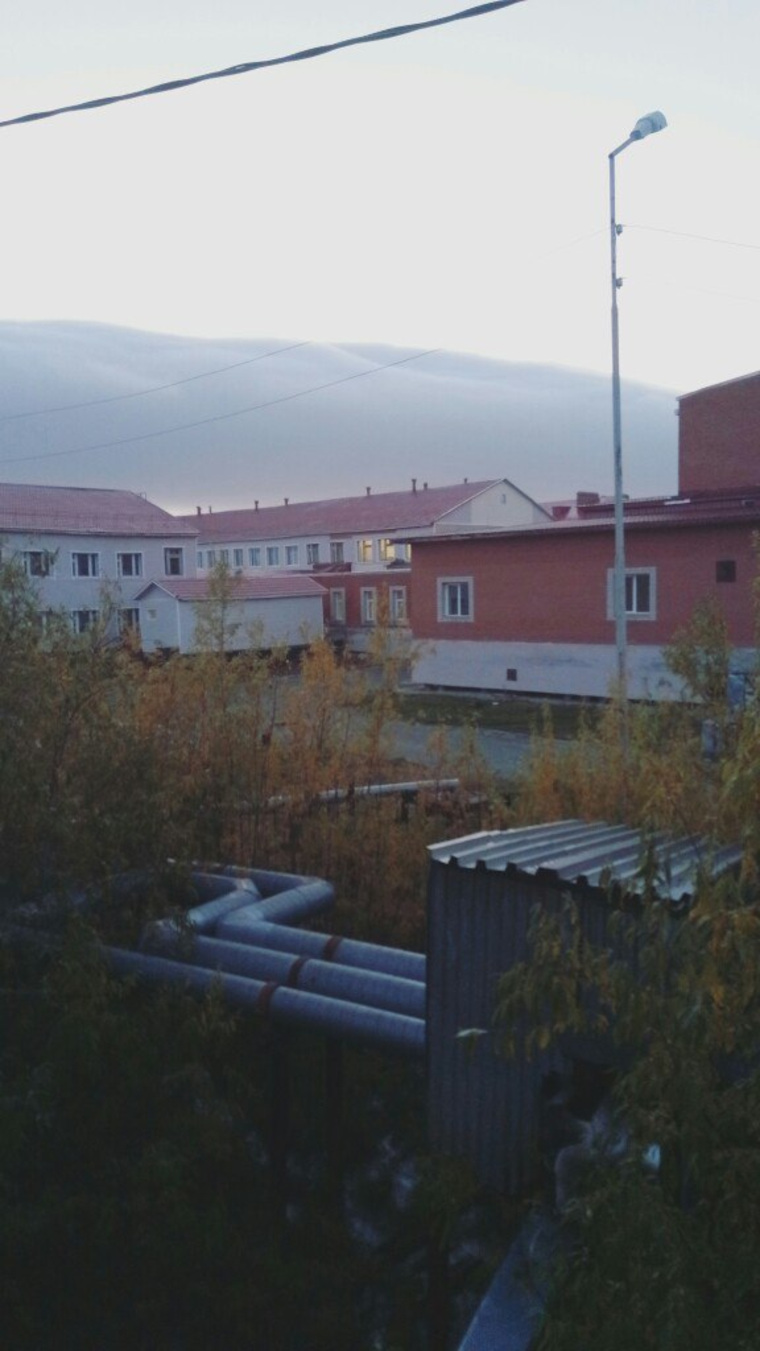 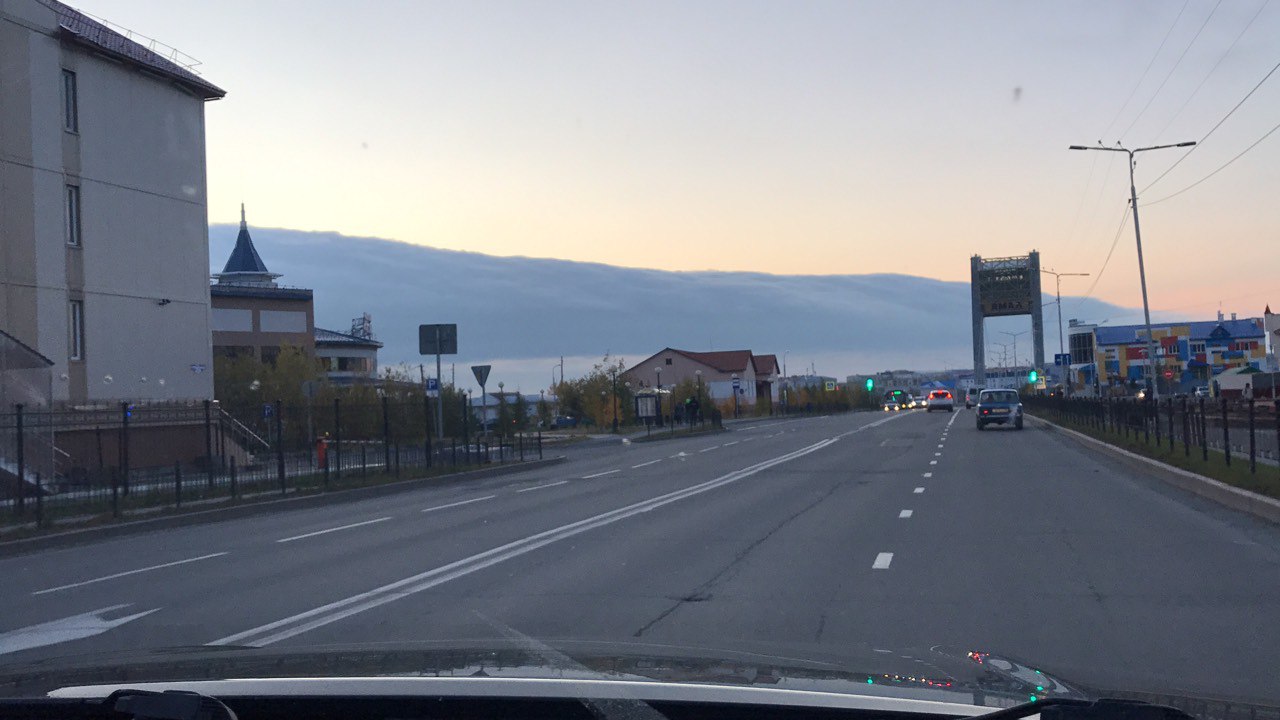 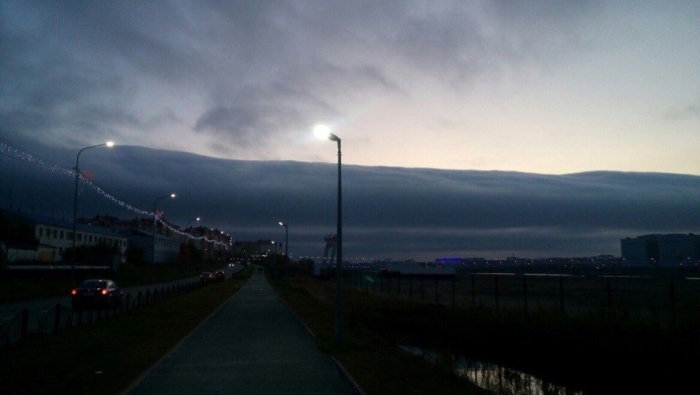 Another name for the natural phenomenon is gross clouds, which got their name because they look like a long shaft. The main reason for the formation of these clouds, as a rule, is the rotation of air masses associated with the sea breeze. Air streams in a lightning collar can circulate around its horizontal axis, but tornadoes in such clouds do not form. Gross clouds are formed at an altitude of 100-2000 meters.

The rarest variety of gross clouds is morning gloria, often observed in Australia, and its length is about 1000 kilometers. Storm collars are often confused with protruding clouds, but the latter are always associated with the entire cloud system at the top.