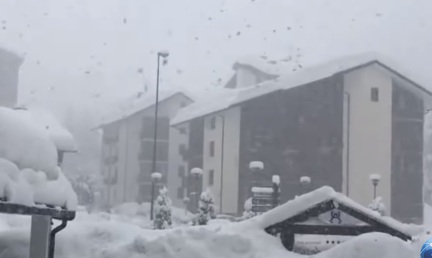 Berlin’s coal-fired power plants are running at 100%, and the authorities are struggling to maintain the electricity that keeps people alive during the cold weather, allowing people to heat their homes.

Germany is now in the midst of winter. Much of the country has experienced significant snowfall, which means that solar panels are often covered in snow and therefore become useless.

Even without a snow cover, the cloudy sky that lasts for several weeks does not allow getting any noticeable solar energy.

Moreover, this winter there were many long periods of calm, and therefore in Germany approx. 30,000 wind turbines were mostly out of order. In a world 100% dependent on green energy, this would mean about 100% no electricity.

The report acknowledges that all electricity “is currently generated mainly from coal, and the power plants in Lusitz” are now “operating at full capacity.”

According to Professor Harald Schwarz, Professor of Power Distribution at the University of Cottbus:

With this supply of wind and photovoltaic energy, it ranges from 0 to 2 or 3 percent, which is virtually zero. You can see it in many charts that we have days, weeks of the year, when we have no wind or PV. Especially this time, for example, there is no wind or photovoltaic modules, and there are often times when the wind is very weak. I have to say that these are things that have been physically established and known for centuries, and we just completely neglected this when we discussed green energy. ”

The future will have to rely on foreign energy

RBB then warns of an increased likelihood of power outages in the region, such as the 2019 Berlin power outage.