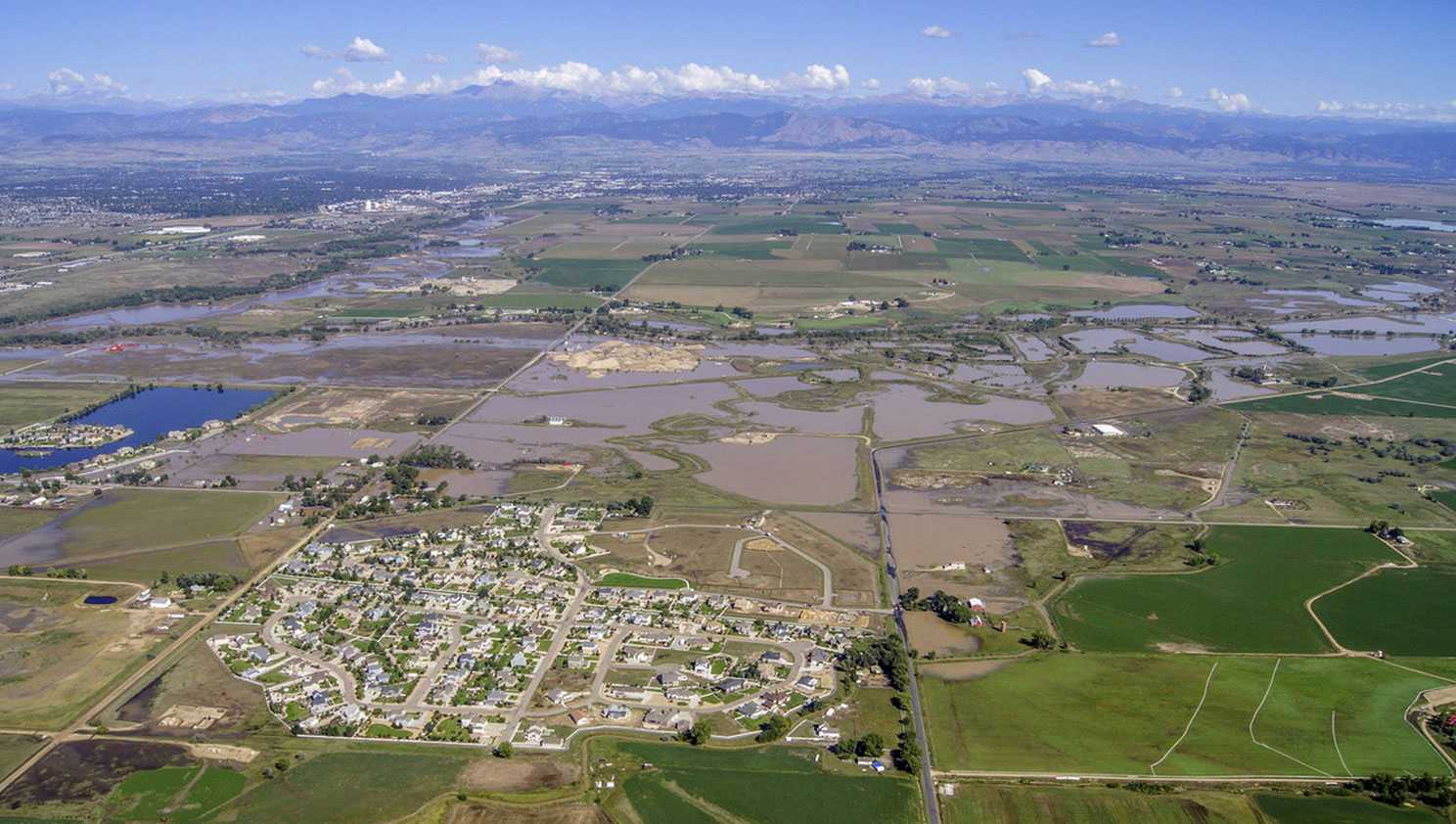 A new study of climatologists from the US demonstrates the increased risk of flooding many coastal regions of the world.

A systematic rise in sea level is a long-known process that researchers have been observing since the mid-19th century. According to earlier data, over the past century, the global sea level has risen by 17 cm. The main reason for all this is called global warming (there are other factors, but their significance is incomparably smaller). The latter is increasingly associated with human activities.

With all this, the forecasts for the future rise in sea level diverge, and the authors of the work often refrain from specifying, by offering both a conditionally “positive” and a conditionally “negative” scenario. Some American climatologists from the Colorado University in Boulder have tried to answer some of the questions. The results of the study are presented in the Proceedings of the National Academy of Sciences.

Experts have created a model that describes the dynamics of sea level. High accuracy of forecasting was achieved by means of detailed analysis of satellite data concerning the dynamics of the average level of the World Ocean. This information was collected by NASA satellites, launched at different times, beginning with TOPEX / Poseidon (1992) and ending with Jason-3 (2016). One of the features of the constructed model, which increases its accuracy, is the application of a technique that allows us to “weed out” local factors that affect sea level rise (for example, a series of eruptions of the Filipino volcano Pinatubo). Thus, the focus was on global changes. 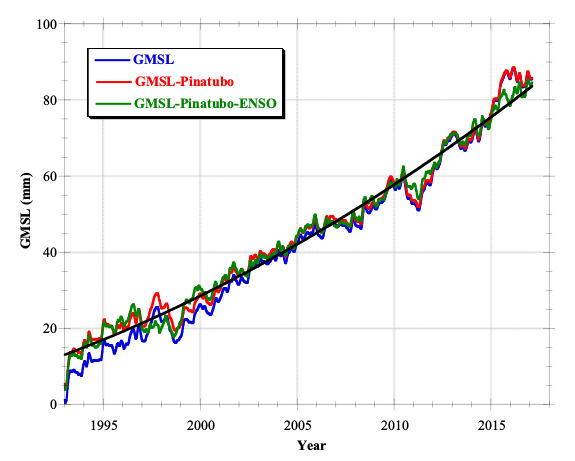 The dynamics of the change in the average level of the world ocean (global mean sea level, GMSL) from 1993 to 2017. Blue indicates initial data, in red – minus the influence of Pinatubo eruptions, green – for deductions of the eruptions of Pinatubo and El Niño / © R. S. Nerem et al. / PNAS, 2018

The conclusions were disappointing: the scientists found that sea level every year is increased by 2.9 millimeters, and the annual acceleration of growth over the past 25 years is on average 0.084 millimeter per year. These data fit well into the model of constant acceleration. According to the forecast, by 2100 the level of the World Ocean will rise by 65 cm, in comparison with the beginning of this century. This threatens to flood many coastal regions around the world, which will cause difficultly predictable events of a global scale that will affect even areas remote from shorelines. Floods will hit heavily on the coasts of South Florida, Bangladesh, Shanghai and part of Washington.

It should be noted that climatic models that do not take into account the acceleration of sea-level rise predict a much smaller growth by the end of the century – by 30 cm per year. The latter can also have severe global consequences, although the threat of new catastrophes in this case will be less.