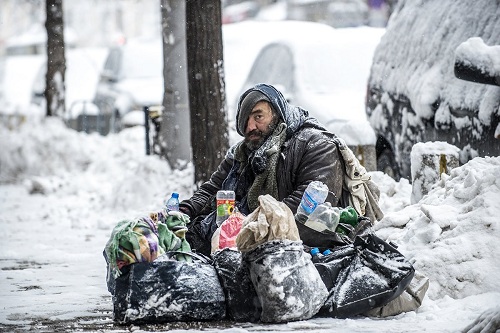 This is an obvious conclusion for anyone with a brain, but I am sure it will cause shock, discomfort and reflexive denial on the part of all those popularizers of the “Global Warming” threat who have not done the slightest research on the history of life and biodiversity on planet Earth, but continue to promote their irrelevant slogans.

A study published in the British journal The Lancet analyzed data on more than 74 million deaths in 13 countries between 1985 and 2012. Of these, 5.4 million deaths were cold-related and only 311,000 were heat-related.

Because the study included countries with different socioeconomic backgrounds and climates, it aimed to examine deaths related specifically to plus or minus temperatures in all corners of the world, explained lead author Antonio Gasparrini of the London School of Hygiene and Tropical Medicine.

The stark difference between heat- and cold-related deaths is because low temperatures cause more problems for the body’s cardiovascular and respiratory systems, the study’s abstract said.

“Public health policy focuses almost exclusively on minimizing the health effects of heat waves,” Gasparrini said. “Our results suggest that these measures need to be refocused and expanded to account for the range of effects associated with negative heat.”

This report confirms the results of numerous studies in recent years, including a 2014 work by the U.S. National Center for Health Statistics that found that cold kills more than twice as many Americans as heat.

It also confirms a 2020 study that examined hospital visits in Illinois from 2011 to 2018 and found that ” the approximate annual hospitalization rate was more than four times higher for cold-related injuries compared to heat-related injuries (10.2 vs. 2.4 per 100,000 people),” and, importantly, patients who died because of cold was responsible for 94% of temperature-related deaths.

These three independent studies contradict official data from the U.S. National Weather Service, which claims that hot weather is the biggest killer (surprise surprise), followed by tornadoes, hurricanes and floods. According to this U.S. organization, cold is only eighth among the causes of death.

The discrepancy is likely because 1) the weather service tends to push its agenda, and 2) its data is not as accurate because it focuses more on the weather than on the actual number of deaths caused by it.

In other words, “they’re skewing the data to support the global warming theory.”

After his study, Gasparrini received a grant from Britain to expand his research and predict what it might mean in the next century for “catastrophic global warming.”