Coldest September in Italy in 50 years 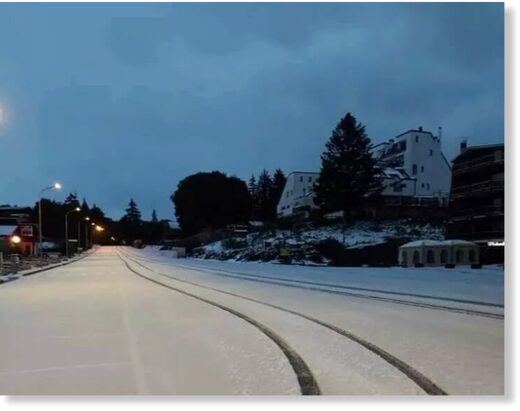 The incessant rain and sudden drop in temperature in recent days have caused the coldest September in the country in 50 years, according to Italian media reports.

Temperatures in Italy dropped by 10-15 degrees over the weekend, resulting in snow falling much earlier than usual.

The period of bad weather, caused by a belt of cold air from northern Europe, was particularly intense in Milan and Turin, where 5 ° C and 4 ° C were recorded on the night of Sunday 27 September, respectively.

Temperatures also plummeted elsewhere – to below 10 ° C in Tuscany – while mountain towns in central Lazio were snowed over the weekend.

The regions of Calabria, Campania, Lazio and Sardinia are currently suffering from heavy rainfall and thunderstorms, but forecasters predict that weather across the country will improve as temperatures rise from September 29th.