Colima volcano in Mexico threw a 2-km column of ash 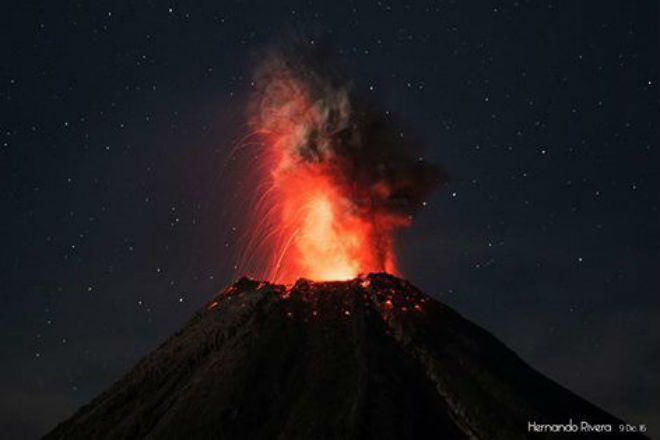 In Mexico again exploded volcano of Colima. Above the crater of a giant rose two-kilometer column of ash and smoke.

As previously reported, the volcano started spitting ashes in September. As a result of powerful eruption in October from nearby settlements were evacuated about 300 people. Over the troubled giant is continuous monitoring.

Colima is one of the most active and potentially most dangerous volcanoes in Central America. It is also called “Fire volcano”.

In Mexico there are more than 3,000 volcanoes, but only 14 of them are active.