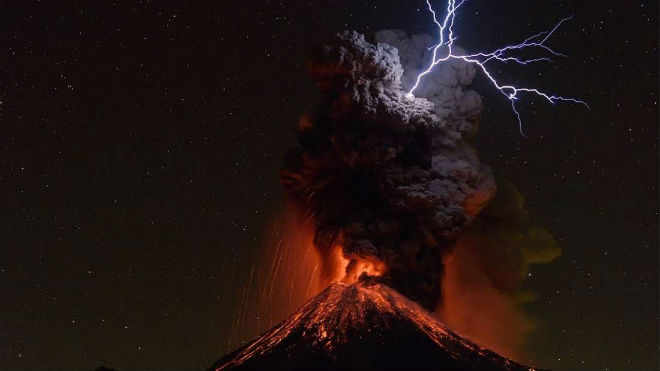 Mexican volcano Colima erupts quite impressive lately. This mountain has a long history of “violence”, but in the last few years, the volcano demonstrates the almost continuous eruptive activity.

Fortunately, the volcano is currently continuously monitored by scientists, emergency and rescue services, and web cameras. He also drew the attention of photographers and lovers of the elements. So, the photographer Sergio Tapiro Velasco managed to capture incredibly stunning image of volcanic lightning. 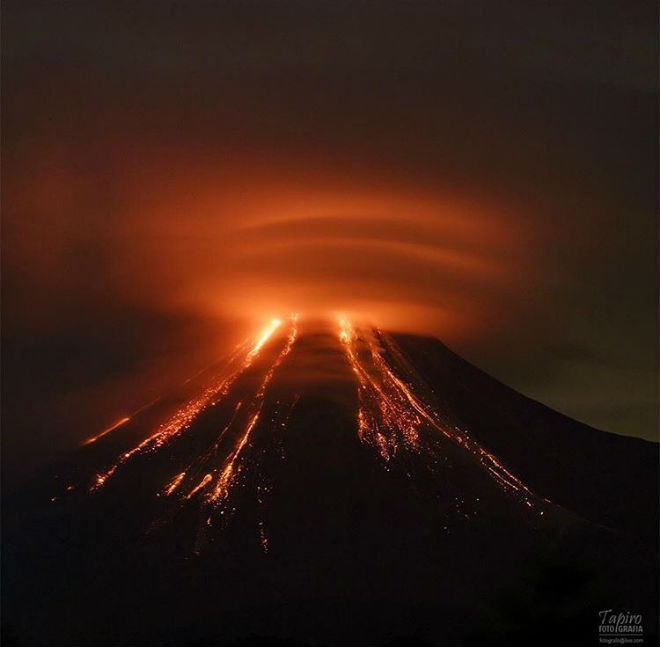 Volcanic lightning is a phenomenon which is still difficult to completely explain. Ordinary lightning appear when a layer of warm air mixed with the layer of cold air, usually within the cloud. This, basically enough to produce an electrostatic charge when the upper segment of the cloud (having a positive electric charge) interacts with the bottom segment (with negative charge). Inside the volcanic cloud, according to the researchers, the lightning comes from the base of the magma in the crater of the volcano.