Concentration of CO2 and the Sun will lead to unprecedented warming 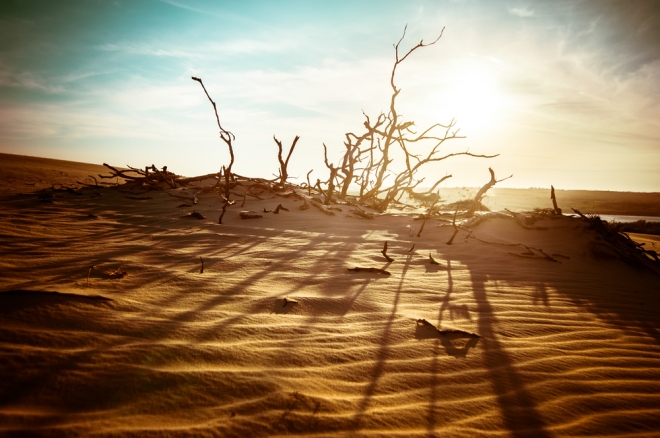 The concentration of carbon dioxide in the atmosphere rushes to the values ​​unprecedented in the last 200 million years. The sun is gradually becoming brighter. Together, these facts mean that on Earth can come a warm climate, which has not been in the last half a billion years.

Much has happened on Earth for 500 billion years. Continents, oceans and mountain ranges came and went, a complex life developed and moved from the ocean to earth and into the air. Most of these changes occurred over a very long time span – millions of years or more. However, over the last 150 years, the global temperature has increased by almost 1 degree Celsius, the ice caps and glaciers have receded, the polar sea ice has melted and the sea level has risen. Someone will say that the climate of the Earth has experienced similar changes before. What’s so unusual this time?

The current speed of climate change is unusual. For example, carbon dioxide did not enter the atmosphere as quickly as it is today, at least 66 million years.

If we continue the current path and use traditional fossil fuels, climate warming will be unprecedented in the last 420 million years.

From the point of view of geological time, 1 degree Celsius of global warming is not the strangest event. For most of its history, the planet was much warmer than today. The Earth is more often in a “greenhouse” climatic state than outside it. During the last “greenhouse” state 50 million years ago, the average global temperature was 10-15 degrees Celsius higher than today, the polar regions were ice-free, Palm trees grew in Antarctica, and crocodiles and turtles lived in wetlands where Now the frozen Canadian Arctic.

Despite the current warming, we are still technically in a “glacial” climatic condition. This means that there is ice on both poles of the Earth. The planet passes from one climatic state to another every 300 million years or so.

Before the industrial revolution, out of a million molecules in the atmosphere, about 280 were CO молеку molecules (280 particles per million). Today, mainly because of the combustion of fossil fuels, the concentration is about 400 particles per million. If no efforts are made to reduce emissions, the burning of traditional fossil fuels will raise the concentration of CO₂ to 2,000 ppm by 2250.

This, of course, is a huge figure, but a geological record tells us that the Earth has experienced such a concentration several times in the past. For example, a new compilation of data shows that during the Triassic period about 200 million years ago, when the first dinosaurs appeared, the Earth experienced a “greenhouse” climatic state with an atmospheric CO₂ level of about 2-3 thousand particles per million.

A high concentration of carbon dioxide does not necessarily make the world completely uninhabitable: the dinosaurs prospered. But this does not mean that the current CO содержание content in the Earth’s atmosphere is good for people.

A new study shows that now the same concentration of carbon dioxide will lead to more warming on Earth than in previous periods of high levels of carbon dioxide. The fact is that the temperature of the Earth depends not only on CO₂ or other greenhouse gases. All of our energy ultimately comes from the Sun, and its brightness has increased. Four and a half billion years ago, when the Earth was young, the Sun was 30% duller.

What really matters is the combined effect of the increased power of the Sun and the significant influence of greenhouse gases. Studying the geological history, we see that the Sun became brighter with time, the atmospheric level of CO₂ gradually decreased. Thus, stability was maintained.

The scientists found that there was no period in the past when the climate-forming factors were as high as they probably are in the future if we burn all the already available fossil fuels. Nothing like 420 million years ago ..