Congo has over 60 earthquakes amid volcanic activity 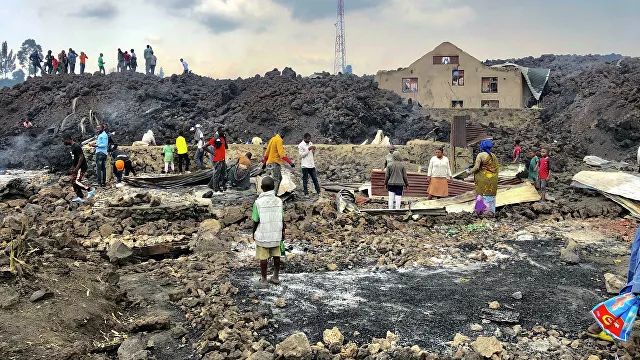 According to the report of seismologists, the earthquakes are associated with the ongoing movement of magma in the area of ​​the Nyiragongo volcano.

It is noted that a few days ago, the frequency and magnitude of earthquakes were even higher, but in the last 48 hours they began to decline.

Last Saturday in the DRC there was an eruption of the Nyiragongo volcano, located near the city of Goma in the province of North Kivu. More than ten earthquakes have been recorded in the area following the volcanic eruption, a government spokesman said. According to the UN Office for the Coordination of Humanitarian Affairs (OCHA), more than 30 people were killed and 40 are still missing.

DRC President Felix Chisekedi said on Saturday, according to local newspaper Actualite, that a volcanic eruption in the city of Goma destroyed about 5,000 houses.

Earlier on Saturday, the DRC Ministry of Communications and Media reported “low intensity” volcanic activity on the northern slope of Nyamuragira volcano. The volcano is located in the eastern part of the country near the city of Goma and next to the Nyiragongo volcano. However, later, the government of the Democratic Republic of the Congo (DRC), after an air check, said that no new volcanic eruption had occurred in the east of the country.