Consequences of the Hurricane in Moscow 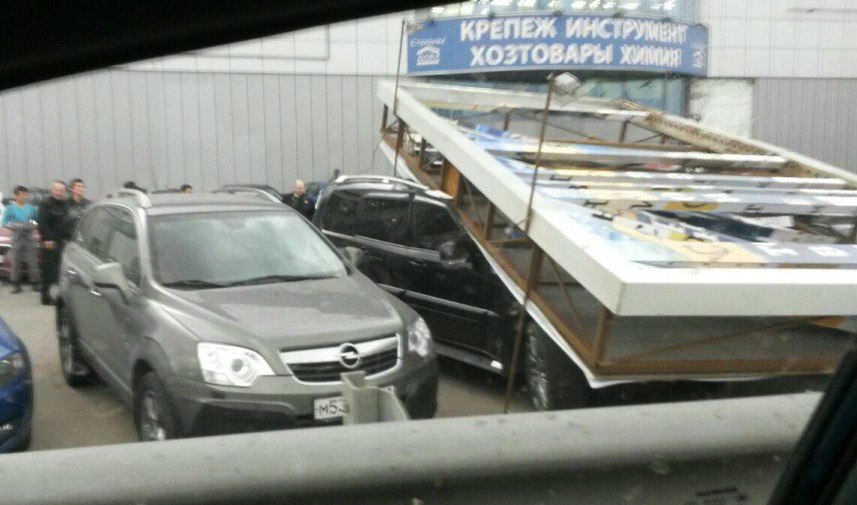 A real hurricane passed through Moscow yesterday afternoon. A strong wind tore up the roof, demolished poorly fixed structures and broke down trees. 11 people died, more than 70 were wounded.

In the Moscow region, households in 102 settlements (about 18,300 people) remained without electricity, the Ministry of Energy informs. 79 teams of 316 people and 132 units of special equipment were involved in emergency recovery work. 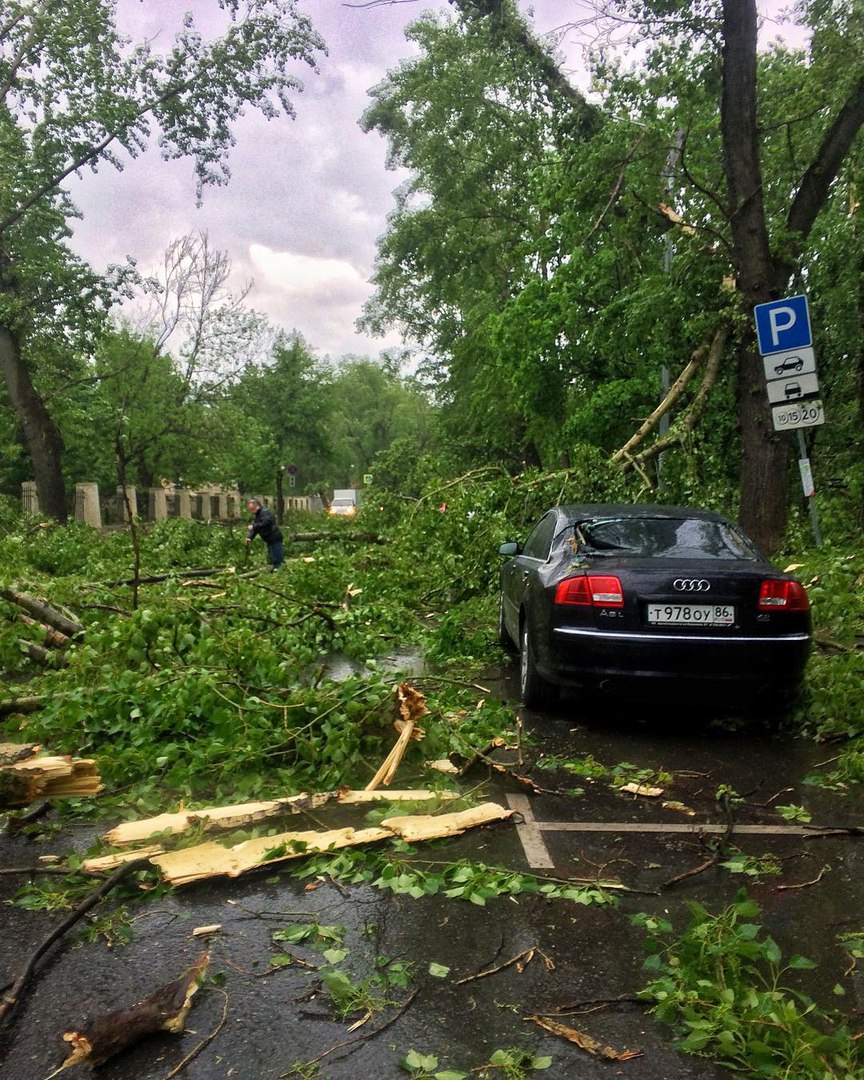 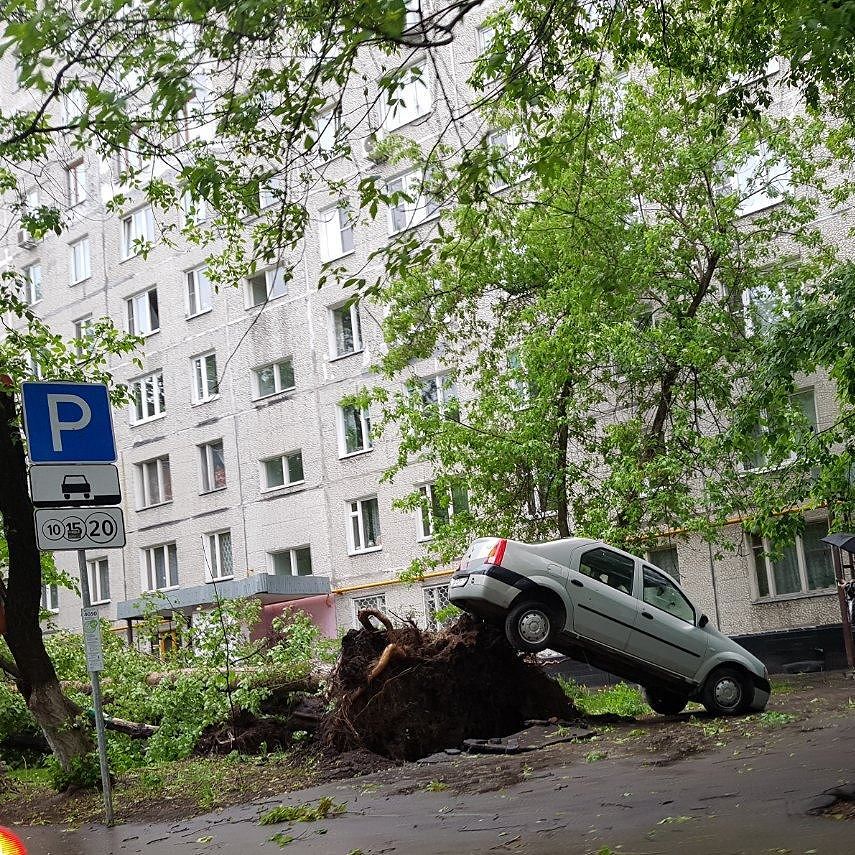 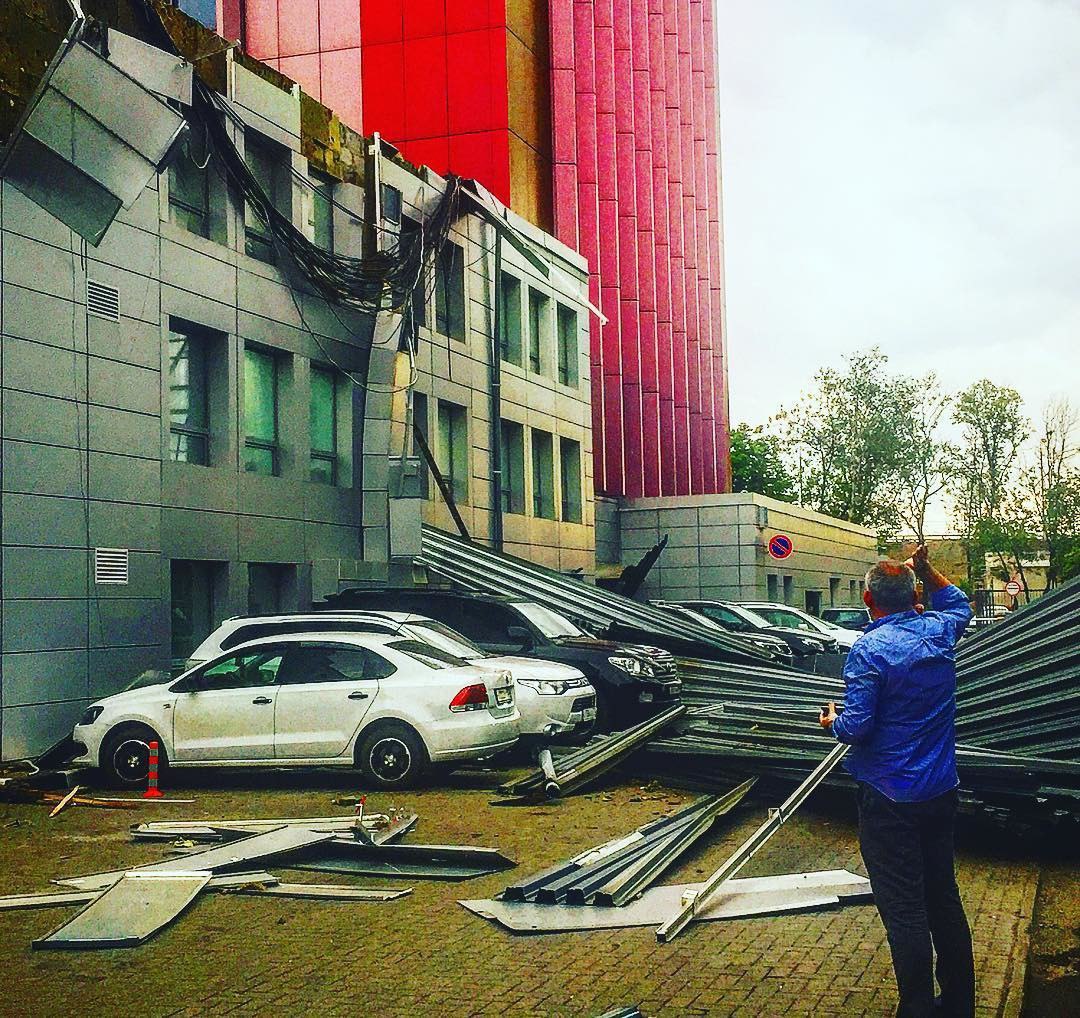 Unfortunately, there were sacrifices. On the Kirovograd street, the wind pulled a stop from the ground and threw it on pedestrians. As a result, a man died. A little later, it became known about several victims of the disaster. On Lomonosov Avenue, a tree crushed a young man, on the street. Kedrov as a result of the fall of the tree killed two. In addition to Moscow, and went to Moscow suburbs. Several victims are reported, among whom there are children.