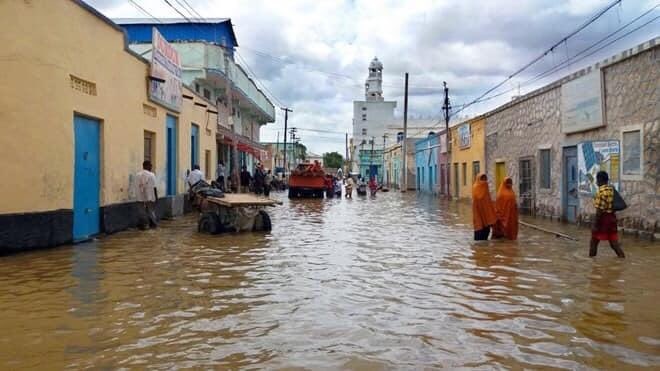 Heavy rains cause fatal floods in Ethiopia and Somalia, 83,000 people had to be evacuated.

Seasonal rains continued to increase in most parts of East Africa during the fourth week of April 2020, resulting in a significant increase in rainfall that caused the deadly floods in Ethiopia and Somalia. About 83,000 people were displaced.

Since April 20, rains have hit most of the Somali States and territories, causing a river spill that has led to fatal floods. Damage and casualties were reported, especially in the Bay and Bakul districts.

FAO added that, compared with the first two weeks, there was a significant increase in rainfall in most areas of Somalia, as well as in the eastern regions of the Ethiopian Highlands. Many areas suffered from heavy rains for more than three consecutive days.

Rains replenished pasture resources – improved milk productivity and livestock conditions. However, the drawback was a flash flood in parts of the country when the Juba and Shabelle rivers began to flood.

Most stations recorded between 50 and 100 mm of rainfall from April 24 to 27. In Belet Wayne and its environs, the river level has risen sharply and is now 6 meters. Meanwhile, the water level in Burti Bulo is likely to rise rapidly in the next few days.

Only in the last 24 hours the river level in Jowhad has risen by 1 m. According to forecasts, the water level will continue to rise along the entire Shabelle canal, as more and more water from the Ethiopian highlands flows into it.

There is also a high risk of flooding along the Shabel River this week in early May. FAO warned that river spills could worsen the flood situation if urgent measures are not taken.