Contrary to popular belief, sea ice at both poles is growing, not shrinking 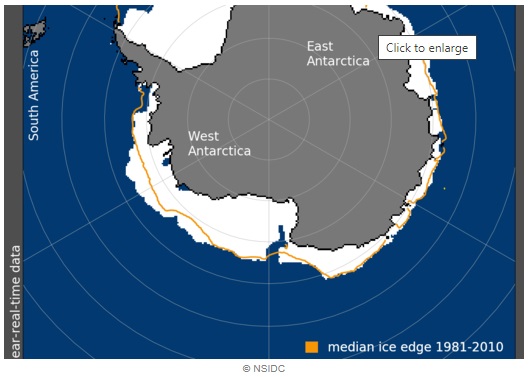 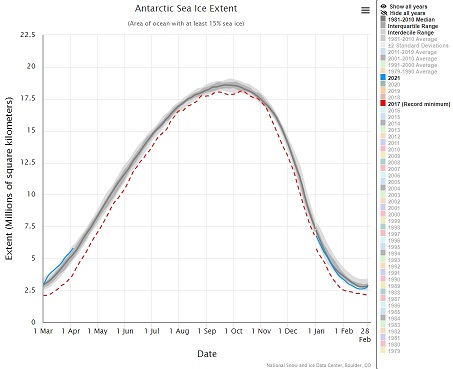 See the blue line? As of late March, Antarctic sea ice was clearly above average. 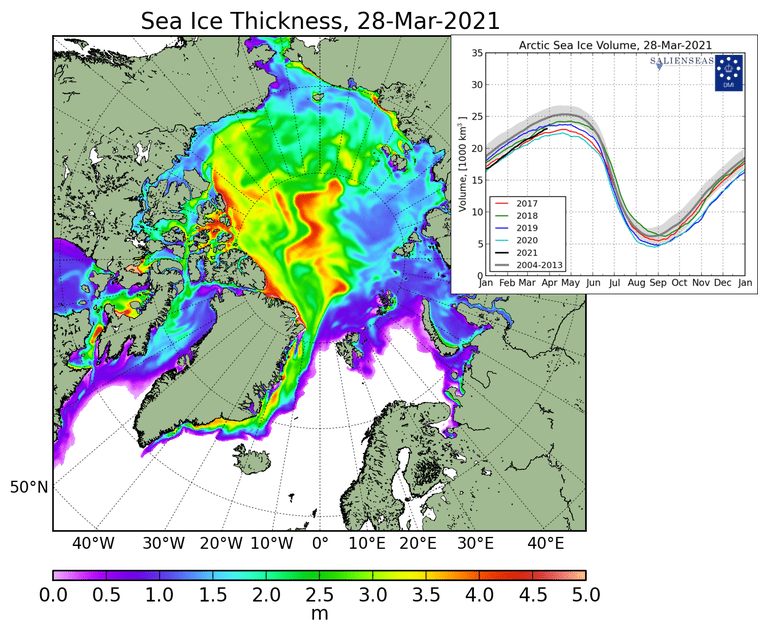 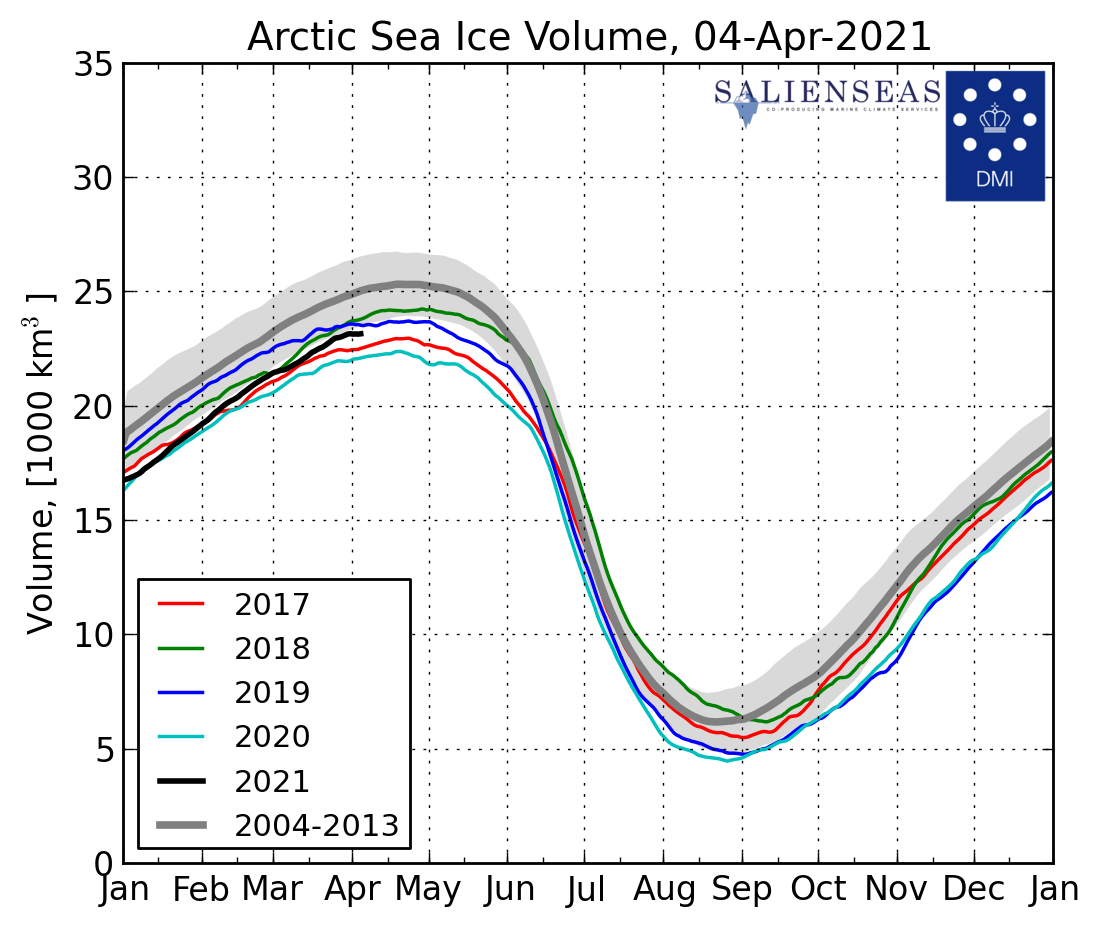 This is the latest satellite image of the extent of Arctic sea ice. 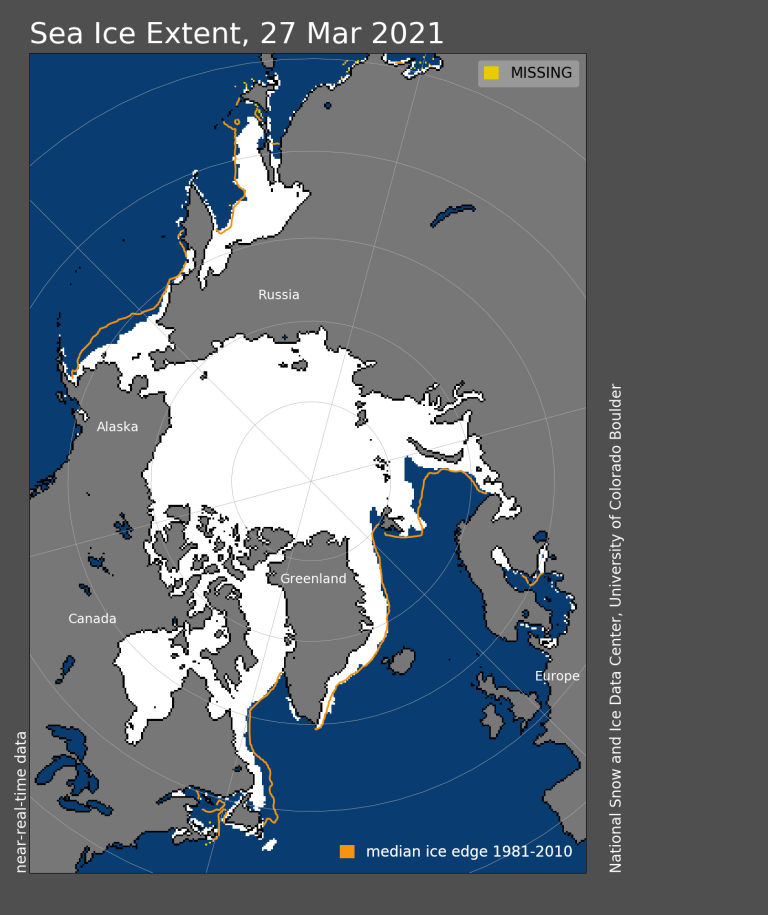 After more than four decades of being told that Arctic ice is on the brink of a catastrophic decline due to global warming, in fact it is at the same level – this orange line showing the extent of the ice is quite close to the figures for 1981- 2010 years.

Moreover, the ice build-up seen in Antarctica easily compensates for the “missing” ice in and around the Arctic.