Corneal burns revealed in visitors to a polluted beach in Kamchatka 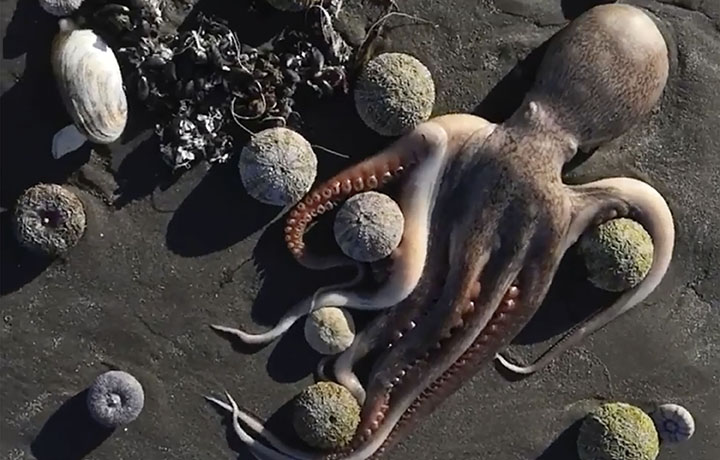 Nine people turned to doctors with complaints of burning eyes after visiting the polluted coast of the Pacific Ocean in Kamchatka, Acting Minister of Health of the Territory Marina Volkova said.

Earlier it was reported that on the Khalaktyrsky beach the work of a feldsher-obstetric center is being organized, where residents and guests of the region can turn in case of deteriorating health. A therapist will work on site.

“Eight adult patients over 18 years of age and one child sought medical help. All patients received assistance. Recommendations were made. They did not need inpatient care and were sent for outpatient treatment,” Volkova said.

She noted that all applicants visited the Pacific Ocean coast from late September to early October and were in contact with water. Patients complained of “burning, redness, and a veil before the eyes.” Doctors diagnosed them with a chemical burn of the cornea of ​​the first degree.
“We cannot say what kind of influencing substance until there is laboratory research. But the fact that we are ready to help is unambiguous,” the acting minister stressed.

Local surfers talked about the state of water on Khalaktyrsky beach last week. According to them, after swimming, their eyes were swollen and skin irritated. Experts found that the content of oil products in water was 3.6 times exceeded, phenols – twice. Local residents were advised not to visit the beach. The environmental prosecutor’s office and the Investigative Committee have begun inspections.

According to the Ministry of Natural Resources of the region, dead sea animals were found on Khalaktyrsky beach, on Bolshaya and Malaya Lagernye and in Babya Bay. Samples of sand, water, as well as samples of dead animals were sent by plane to Moscow for analysis. All responsible departments and services are involved in research in Kamchatka.

So far, the authorities are considering three reasons for what happened: man-made pollution, natural phenomena and seismic activity. Meanwhile, according to experts, the ecological situation on the Kamchatka coast is gradually improving.