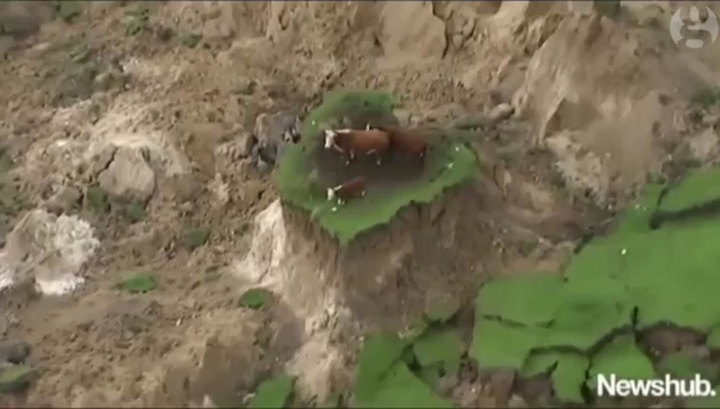 Amazing footage was shot around Kaikoura on the South island of New Zealand. Incredibly, animals are able to pick a safe piece of land, which remained intact when after the tremors all the land around the failed.

After the collapse of the rocks formed a large green mountain on top of which were three cows. The cows down from the mountain and can only go from one end of the platform to the other. It is unknown whether the power to save the poor animals. District Kaikor was badly damaged during a powerful earthquake.