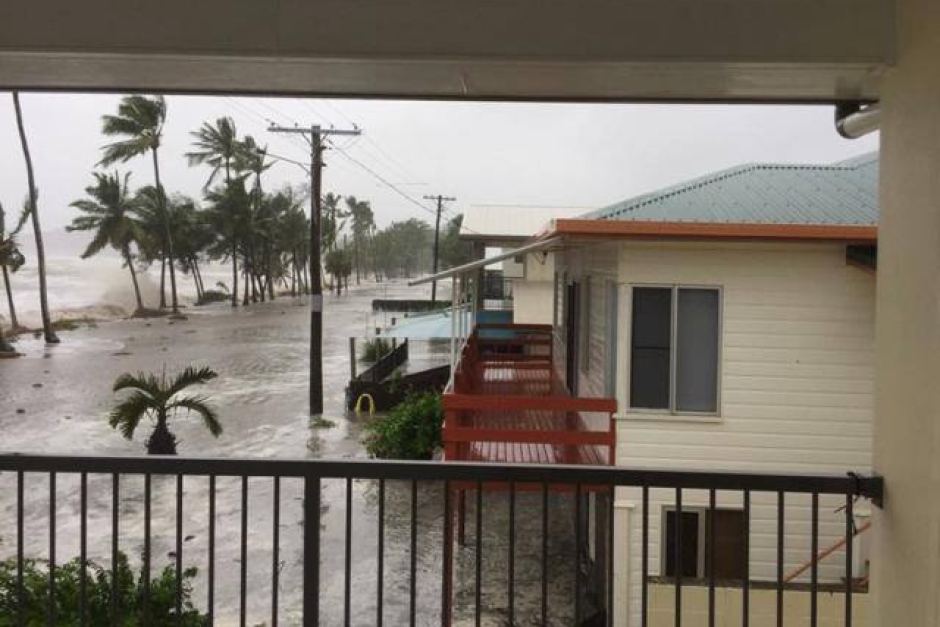 Over 45,000 homes in the northeast areas of Australia, over which the tropical cyclone “Debbie” passes during these hours, remain without electricity.

There are reports of serious damage and significant structural damage. Communication with some localities is interrupted. According to the latest data, the speed of wind gusts near the epicenter exceeds the mark of 62.5 m / s.

It is very strong, but at the same time very slow cyclone, it approached the shore at a speed of less than 2.7 m / s, and now accelerated to 3.3 m / s, – said the regional director of the Australian national meteorological office Bruce Gunn.
Such a low speed, he said, has become both good and bad news.

On the one hand, the cyclone was “late” and crossed the coastline a few hours after the tide peak, which avoided significant flooding of the low-lying areas of the city of McKay, where more than 85,000 people live, on the other, the low speed of the “Debbie” overland movement assumes a longer duration Storm winds and showers over crisis areas.

Queensland Police Commissioner Ian Stewart said that it has already become known about one injured in the cyclone – he was a resident of the town of Proserpine, on which the wall of the house collapsed.

“Unfortunately, the scale of this natural disaster is so great that we need to be prepared for numerous reports about the victims and, possibly, even the dead,” warned Stewart.

He called residents of the northeast areas of Queensland on Tuesday and Wednesday, when the wind begins to subside, stay in their homes and avoid the roads that rescuers and the military will actively use to help the victims.