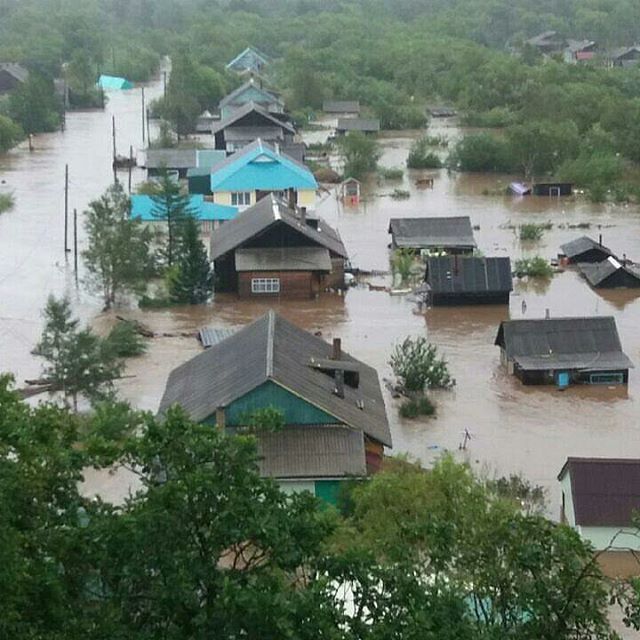 Currently evacuated from areas of flooding at least 400 people, about 500 are placed in temporary accommodation. In a region flooded about 1.2 thousand houses evacuated hundreds of people.

In Primorye, continues torrential rains from the coast out 15 of the local rivers, flooding threatened dozens of villages. According to the latest information over the last 4 hours increased the number of rescue and special equipment. All services are brought to the rescue work. The most difficult situation due to heavy rains prevailed in terneyskiy, Germany and Chuguev districts of Primorye, informs the pr Department of the regional administration.

“In the struggle with the elements already involved 564 people, 277 units of special equipment,” — said in the Department. “Almost in all settlements equipped with temporary accommodation at the time of the disaster” — report in Department. Many citizens from placing in PVR refused.

From the villages of Antonivka and Noisy Chuguevsky district and village of Light Terneisky district continues to take out people, informed in the Department of civil protection of Primorsky Krai administration.