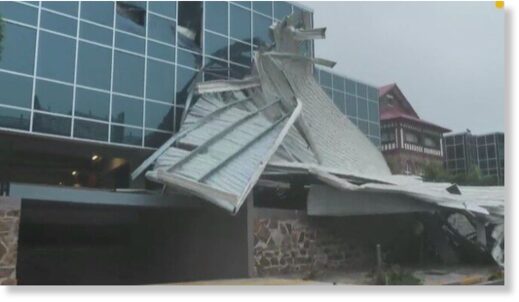 Tropical cyclone Niran caused significant damage to New Caledonia as hurricanes hit the country with wind speeds of up to 220 km / h.

About 20,000 people were left without electricity and roofs were blown off buildings in the town of Dambi on the outskirts of Noumea.

Several ships have also been stranded off the coast in Noumea. Several people were injured.

It was reported that 50 mm of rain fell in six hours.

Niran caused significant damage to the electrical grid and vegetation. About 400 people are still taking refuge in evacuation centers in Noumea.

The cyclone weakens as it travels southeast of mainland New Caledonia.