Cynthia – artificial plague in the Gulf of Mexico 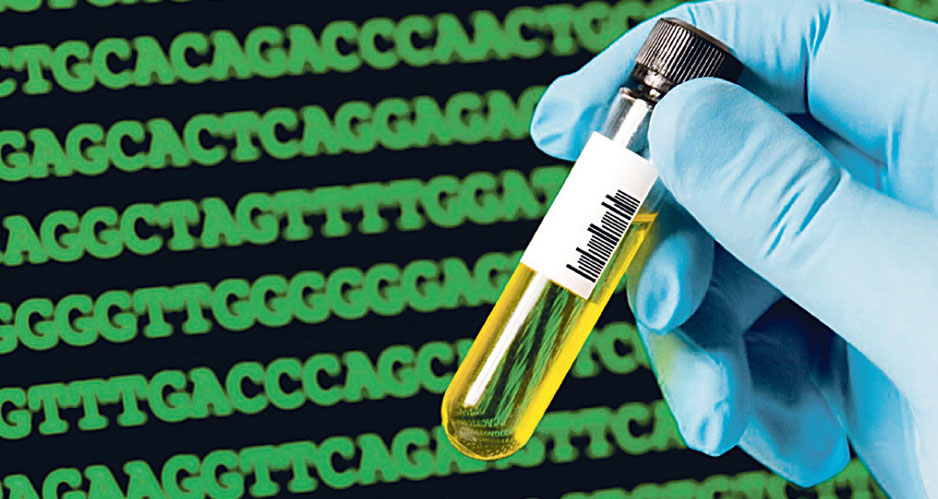 In November 2017, the British Internet publication The Independent posted an article on the new synthetic biology program of the US Department of Defense Advanced Research Projects Agency (DARPA), Advanced Plant Technologies (APT). The military department plans to create genetically modified algae, which can serve as a self-sustaining sensor for collecting information in environments where the use of traditional technologies is impossible. How real and how does this threaten humanity?

It is assumed that the natural possibilities of plants can be used to detect the relevant chemicals, harmful microorganisms, radiation and electromagnetic signals. At the same time, changing their genome will allow the military to monitor the state of the environment and not only. This, in turn, will allow remote monitoring of the reaction of plants using existing technical means.

According to APT program manager Blake Bextine, the goal of DARPA in this case is to develop an efficient reusable design system, directly create and test various biological platforms with easily adaptable capabilities that can be applied to a wide range of scenarios.

We pay tribute to the American scientists and the US military department, which actively promotes the development of synthetic biology. At the same time, we note that the significant progress of recent years, the expected results of which should be aimed at the benefit of mankind, has created a completely new problem, the consequences of which are unpredictable and unpredictable. It turns out that the USA now has the technical ability to design artificial (synthetic) microorganisms, which are absent in natural conditions. So, it’s a biological weapon (BW) of a new generation.

If to recall, in the last century intensive US studies on the development of biological diversity were aimed both at obtaining strains of pathogens of dangerous infectious diseases of a person with altered properties (overcoming specific immunity, polyantibiotics resistance, increasing pathogenicity) and developing means of their identification and protection measures. As a result, methods for indicating and identifying genetically modified microorganisms have been improved. The schemes of prevention and treatment of infections caused by natural and altered forms of bacteria have been developed.

The first experiments on the use of techniques and technologies of recombinant DNA were made back in the 70’s and are devoted to the modification of the genetic code of natural strains by including in their genome single genes that could change the properties of bacteria. This opened up opportunities for scientists to solve such important problems as obtaining biofuel, bacterial electricity, drugs, diagnostic drugs and multidiagnostic platforms, synthetic vaccines, etc. An example of successful implementation of such goals is the creation of a bacterium containing recombinant DNA and producing synthetic insulin .

But there is another side. In 2002, viable polioviruses were artificially synthesized, including the Spaniard, similar to the causative agent, which claimed tens of millions of lives in 1918. Although attempts are being made to create effective vaccines based on such artificial strains.

In 2007, scientists from the J. Craig Venter Research Institute (JCVI, USA) were the first to transport the whole genome of one bacterium (Mycoplasma mycoides) to another (Mycoplasma capricolum) and proved the viability of a new microorganism. To determine the synthetic origin of such bacteria, markers, the so-called watermarks, are usually introduced into their genome.

Synthetic biology is an intensively developing direction, representing a qualitatively new step in the development of genetic engineering. From the movement of several genes between organisms to design and build unique biological systems that do not exist in nature with “programmed” functions and properties. Moreover, genomic sequencing and the creation of databases of complete genomes of various microorganisms will allow the development of modern DNA synthesis strategies for any microbe in the laboratory.

As is known, DNA consists of four bases, the sequence and composition of which determine the biological properties of living organisms. Modern science allows us to introduce into the composition of the synthetic genome “unnatural” grounds, the functioning of which in the cell is pre-programmed very difficult. And such experiments on “embedding” in an artificial genome of unknown DNA sequences with unidentified functions are already performed abroad. In the United States, the United Kingdom and Japan, multi-disciplinary centers dealing with synthetic biology have been set up, and researchers from various specialties work there.

At the same time, it is obvious that with the use of modern methodical techniques, the probability of “accidental” or intentional obtaining of chimeric bioweapons unknown to mankind with an entirely new set of pathogenicity factors increases. In this connection, an important aspect arises – ensuring the biological safety of such studies. According to some experts, synthetic biology belongs to the field of activity with high risks associated with the design of new viable microorganisms. It can not be ruled out that the forms of life created in the laboratory can escape from the test tube, turn into biological weapons and this will threaten the existing natural diversity.

Special attention should be paid to the fact that in publications on synthetic biology, unfortunately, another important problem, namely, maintaining the stability of the artificially created genome of bacteria, has not been reflected. Microbiologists are well aware of the phenomenon of spontaneous mutations due to the change or loss (deletion) of a particular gene in the genome of bacteria and viruses, which lead to a change in the properties of the cell. However, under natural conditions, the frequency of occurrence of such mutations is low and the genome of microorganisms is characterized by relative stability.

The evolutionary process has shaped the diversity of the microbial world for millennia. Today, the entire classification of families, genera and species of bacteria and viruses is based on the stability of genetic sequences, which allows for their identification and determines specific biological properties. They were the starting point for creating such modern diagnostic methods as the determination of protein or fatty acid profiles of microorganisms with the help of MALDI-ToF mass spectrometry or chromo-mass spectrometry, the detection of specific DNA sequences for each microbe by PCR analysis, etc. At the same time, the stability of the synthetic genome of “chimeric” microbes is currently unknown, and it is impossible to predict how far we could “deceive” nature and evolution. Therefore, it is very difficult to predict the consequences of accidental or deliberate penetration of such artificial microorganisms outside the laboratory. Even with the “harmlessness” of the created microbe, its output “into the light” with completely different conditions from the laboratory can lead to increased co-efficacy and the formation of new variants with unknown, possibly aggressive properties. A vivid illustration of this provision is the creation of an artificial bacterium synthia.

Cynthia (Mycoplasma laboratorium) is a synthetic strain of mycoplasma derived in the laboratory. It is capable of independent reproduction and was designed, as stated in foreign media, to eliminate the consequences of an oil disaster in the waters of the Gulf of Mexico by absorbing contaminants.

In 2011, the bacteria were launched into the World Ocean to destroy oil spills, which are a threat to the Earth’s ecology. This rash and badly calculated decision soon turned into terrible consequences – the microorganisms got out of control. There were reports of a terrible disease, called by reporters blue plague and caused the extinction of fauna in the Gulf of Mexico. At the same time, all publications that caused panic in the population refer to the periodical press, while scientific publications prefer to remain silent. At present, there is no direct scientific evidence (or they are deliberately hiding) that an unknown fatal disease is caused by synthia. However, there is no smoke without fire, therefore the stated versions of the ecological disaster in the Gulf of Mexico require close attention and study.

It is assumed that in the process of absorption of oil products, synthia changed and expanded nutritional requirements, including in the “diet” proteins of animal origin. Getting into microscopic wounds on the body of fish and other marine animals, it is carried with blood flow to all organs and systems, literally corroding everything in its path in a short time. In just a few days the skin of the seals is covered with ulcers, constantly bleeding, and then completely rotted. Alas, there were reports of deaths (with the same symptom complex) and people bathing in the Gulf of Mexico.

An important point is that in the case of synthia, the disease can not be treated with known antibiotics, since genes of resistance to antibacterial drugs have been introduced into the genome of the bacterium, in addition to “watermarks”. The latter causes surprise and questions. Why initially a saprophytic microbe, incapable of causing human and animal diseases, genes of resistance to antibiotics?

In this regard, at least strange is the silence of official representatives and authors of this infection. According to some experts, the true scale of the tragedy is being concealed at the governmental level. It is also suggested that, in the case of the use of synthia, it is a question of the use of a broad-spectrum bacteriological weapon that poses a threat of an intercontinental epidemic. At the same time, in order to dispel panic and rumors, the United States possesses all the arsenal of modern methods for identifying microorganisms, and it is not difficult to determine the etiologic agent of this unknown infection. Of course, it can not be ruled out that this is the result of the direct impact of oil on a living organism, although the symptoms of the disease more indicate its infectious nature. Nevertheless, the question, we repeat, requires clarity.

There is a natural concern with the uncontrolled research of many Russian and foreign scientists. To reduce the risk, several directions are suggested: the introduction of personal responsibility for the development with an unprogrammed result, increasing scientific literacy at the level of vocational training, and broadening the public awareness of the achievements of synthetic biology through the media. But is the community ready to follow these rules? For example, removal from the US laboratory of the controversy of the causative agent of anthrax and their dispatch in envelopes calls into question the effectiveness of the control. Moreover, taking into account modern possibilities, the availability of databases of genetic sequences of bacteria is facilitated, including pathogens of especially dangerous infections, DNA synthesis techniques, methods of creating artificial microbes. You can not exclude the receipt of unauthorized access to this information by hackers with subsequent sale to interested persons.

As the experience of “launching” in the natural conditions of syntha shows, all the proposed measures are ineffective and do not guarantee biological safety of the environment. In addition, it can not be ruled out that there may be remote environmental consequences of introducing an artificial microorganism into nature.

The proposed control measures – a broad media alert and increased ethical responsibility of researchers in creating artificial forms of microorganisms – are not encouraging. The most effective is the legal regulation of the biological safety of synthetic life forms and their monitoring systems at the international and national levels under the new system of risk assessment, which should include a complex, experimentally demonstrable study of the consequences in the field of synthetic biology. A possible solution may also be the establishment of an international expert council to assess the risks of using its products.

Analysis shows that science has come to a completely new frontier and posed unexpected problems. So far, schemes for the indication and identification of dangerous agents have been aimed at their detection based on the identification of specific antigenic or genetic markers. But when creating chimeric microorganisms that have different pathogenicity factors, these approaches are ineffective.

Moreover, the currently developed schemes of specific and emergency prophylaxis, etiotropic therapy of dangerous infections can also be useless, since they are calculated, even with the use of modified variants, for a known causative agent.

Mankind, without knowing it, entered the path of biological war with unknown consequences. Winners in this war may not be.