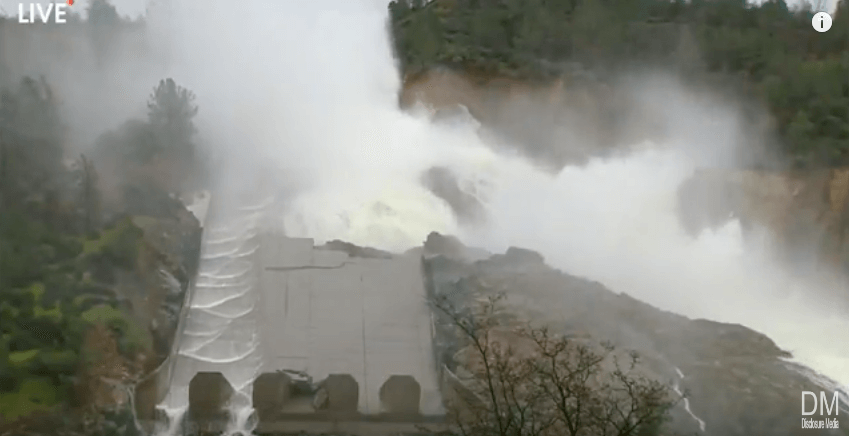 Heavy rains struck the American state of California, has caused not only flooding, but also again was overwhelmed with the crumbling dam. In some places the water spills over the edges of the dam in Oroville.

Today, weather forecasts for Northern California will collapse a powerful storm with heavy rains and Gale-force winds. If the forecast is correct, it can lead to the destruction of the dam and flooding of vast areas.

Hundreds of construction crews and heavy equipment, abandoned the strengthening of the dam, but can cope with huge flows destroy everything on their path of water discharged from the overflowing reservoir they fail.

Meteorologists have issued a statement and urged residents to be prepared for immediate evacuation in case of dam break. The danger of heavy rains that will cause the overflow of the dilapidated dam is maintained, on 20 and 21 February. If the dam breaks, the water flow almost instantly reach the town of Maxwell, where 1,100 people. They advised to evacuate in advance without waiting for the arrival of the storm.

Lake Oroville is located in 240 km to the North-East of San Francisco, it is one of the largest artificial lakes in California, and it built a dam with a height of 235 metres is the highest in the United States. Problems on the dam began February 7, when the spillway of the dam flew off chunks of concrete, creating a hole, a width of 61 meters (200 feet) and a depth of 9 meters (30 feet). After that, heavy rains led to the overflow of an artificial lake.