Dangerous impact of aircraft on climate have confirmed experimentally 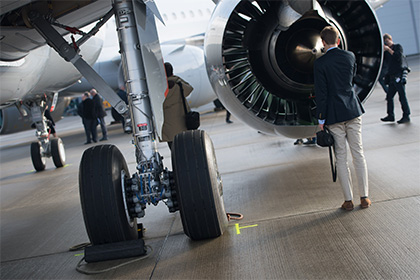 American and British scientists have found that the aircraft contrails actively influence the climate by increasing the reflectivity of clouds. About the discovery reported in the journal Nature Communications.

Contrails, or condensation trail of a plane is a trail of condensed water vapor that occur in the atmosphere for a moving aircraft. In the clear sky contrails dissolve quickly and have almost no influence on the external environment. However, if a high cloud, the situation was less clear.

Scientists collected data on the routes of flight and determined the variations in optical density of the cloud (the ability of clouds to block the passing through light) with satellites equipped with lasers. On routes, Honolulu — Los Angeles and Seattle — San Francisco they revealed a significant increase of optical density of the cloud around the contrails. In other words, the planes make clouds more “light”.

However, this effect is found not everywhere. Aircraft flying in the polar regions and near the equator, is unlikely to “lighten” the cloud. Now, scientists are calculations of the influence of contrails on the climate in the United States.

In 2009, the ecologists found that aircraft are responsible for about 20 percent of rising temperatures in the Arctic region. In total on the planet, their contribution is estimated at 4.8 percent.