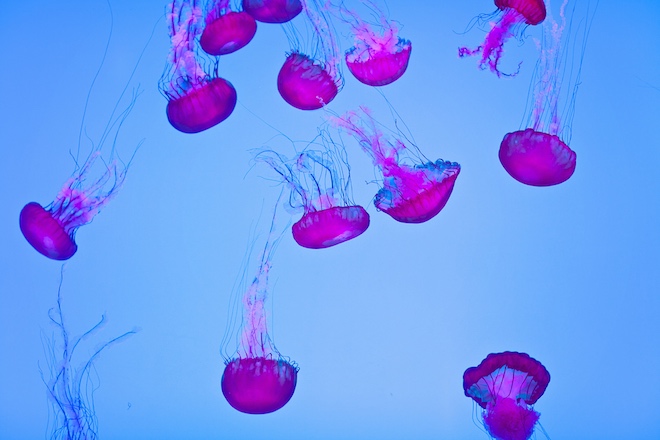 On the beaches of the Thai islands of Phi Phi observed a large number of jellyfish jellyfish ashore. Vacationers are recommended to observe special care.

“An ambulance group has already arrived in the district. All who are on the beach, issued strict warnings, “- said Vorapot.

He also noted that there is nothing surprising in this phenomenon. “We had stormy weather with tides, strong waves brought jellyfish from the depths in shallow water and thrown ashore. This year, more jellyfish have been found than usual, but this is normal and natural. They will disappear in a week. ”

Those who were stung by a jellyfish are advised to treat the affected area with vinegar. But in case of allergies, seek medical help urgently.

The fire jellyfish is mainly found in the Than Bok Khorani National Park, as well as near the Maya Bay, Poda Island and Talai Vaek in Krabi.