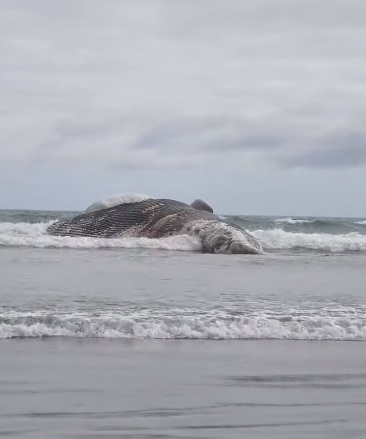 The remains of a huge sperm whale were washed ashore on Hokyo Beach near Levin.

The dead whale was noticed at dawn by people walking early in the morning.

Rumors of the dead whale spread quickly, and there were many cars and people driving to get a closer look. It also attracted the attention of the seagulls.

It was impossible to know how old the whale was or whether it died of natural causes.