Dead whale washed up on the coast of Kamchatka 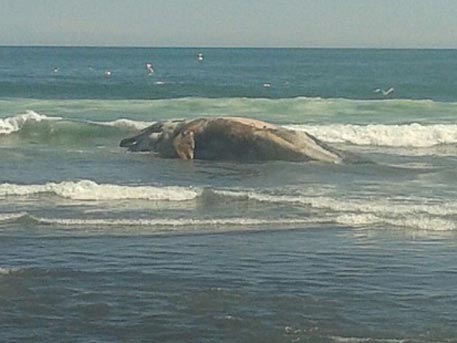 The carcass of a huge whale was discovered by residents of Petropavlovsk-Kamchatsky in the area galakticheskogo the beach the day before.

Length of a dead animal is around 15 meters. Apparently, the whale died long before the water threw him to the shore, reported eyewitnesses of the incident. According to one of them the carcass began to decay a day after he appeared on the shore.

Experts have not yet named a variety of sea giant. Presumably, this grey whale.