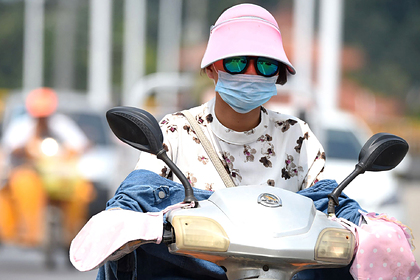 Chinese scientists have identified the cause of extreme heat waves, which have occurred more frequently in recent years, lead to frequent deaths and damage to agriculture. It turned out that heat waves are associated with abnormal anticyclones over Northeast Asia, intensifying due to global warming. An article by researchers is published in the journal Environmental Research Letters.

Specialists studied the record heat of 2018, which lasted 33 days in China and caused the hospitalization of more than 71 thousand people due to heat stroke. They determined that the cause of the extreme weather event was a steady atmospheric circulation in the form of a powerful anticyclone – a high-pressure region responsible for high temperatures and a clear, cloudless sky.

It turned out that the abnormal anticyclone made almost half the contribution to the heat. This type of circulation began to occur more often in the last decades from 1991 to 2017. Another factor was the increase in average temperatures due to the accumulation of greenhouse gases in the Earth’s atmosphere. Scientists predict that ongoing global warming will lead to even more frequent waves of deadly heat in Northeast Asia in the coming decades.