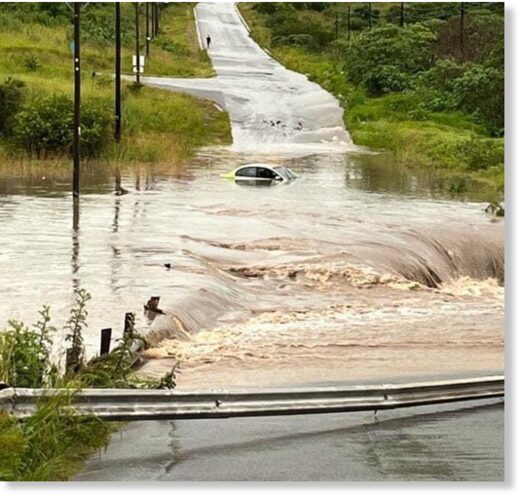 At least 7 people have lost their lives in severe flash flooding that struck parts of Eastern Cape Province in South Africa.

Heavy rainfall on 08 January 2022 triggered the floods which affected areas of Mthatha, Buffalo City Metropolitan Municipality, the township of Mdantsane and areas of East London. According to figures from World Meteorological Organization (WMO), East London recorded 58 mm of rain in 24 hours to 09 January.

Buffalo City Metro Municipality (BCMM) government activated its disaster management teams in response to the torrential rains which “left scores of houses as well as informal settlements in and around the metro severely damaged”.

In a statement of 09 January, the BCMM government said, “The heavy rains, which started pouring down early yesterday morning, have left scores of residents mainly in the township of Mdantsane displaced with roads in some parts completely submerged making access to distressed communities that much more difficult.

“BCMM has confirmed zones 1, 3, 9 and 18 as well as Joe Slovo informal settlement were among the hardest hit areas in the sprawling township.

“The metro is working with the Eastern Cape Department of Human Settlements to render much needed assistance to those that have been displaced, motorists have been urged to avoid crossing flooded roads and bridges.”

Further severe weather is possible and the South African Weather Service has issued warnings for Northern and Western Cape Provinces.