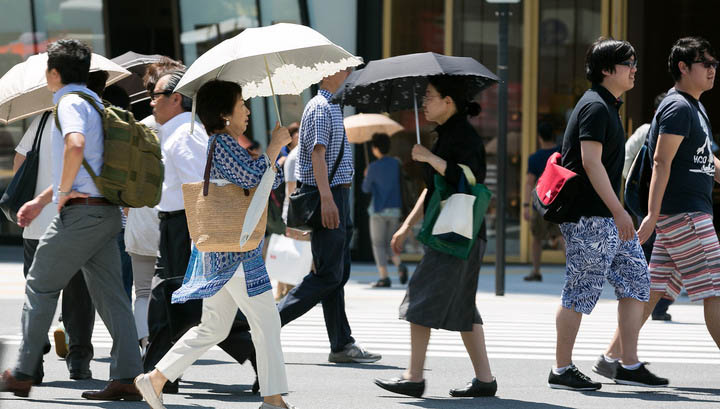 During the week, because established in Japan hot weather, five people died from heat stroke, about 5, 5 thousand people are hospitalized.

In the Central part of the country in the period from 15 to 21 August heat began to decline, therefore, compared with the previous week the number of hospitalizations decreased. Most often they suffer from the heat are elderly people.

The hot weather established in Japan in mid-June of the current year. Despite the end of the rainy season in the land of the rising sun, occasionally there are storms, and then heat accompanied by high humidity. Only during July and August was hospitalized more than 30 thousand people.

Last year the heat took life in Japan more than 100 people, 53 thousand were hospitalized. Doctors urge people not to be a long time in the sun, to wear hats and drink more liquid.