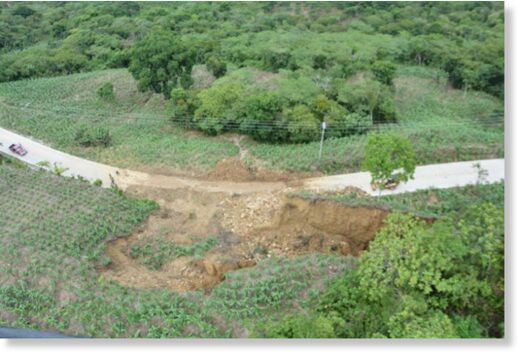 Heavy rains from 8 to 13 August caused flooding and landslides in the state of Veracruz in eastern Mexico.

According to the Mexico Meteorological Agency Servicio Meteorológico Nacional (SMN), 110.3 mm of precipitation fell in Sontecomapan in the municipality of Catemaco on 8 August in 24 hours.

The next day, 158 mm of precipitation fell in the municipality of Jesús Carranza.

Among the hardest hit areas is the municipality of Espinal, where 1,350 houses were damaged. The Civil Protection Service reported that a total of 11 municipalities were affected, including Coyutla, Tierra Blanca, Mecatlan, Chumatlan and Tecolutla.

The state government sent humanitarian and relief supplies to the affected areas.

The Casones River in Poza Rica approached dangerous levels, prompting the evacuation of residents living near the river.