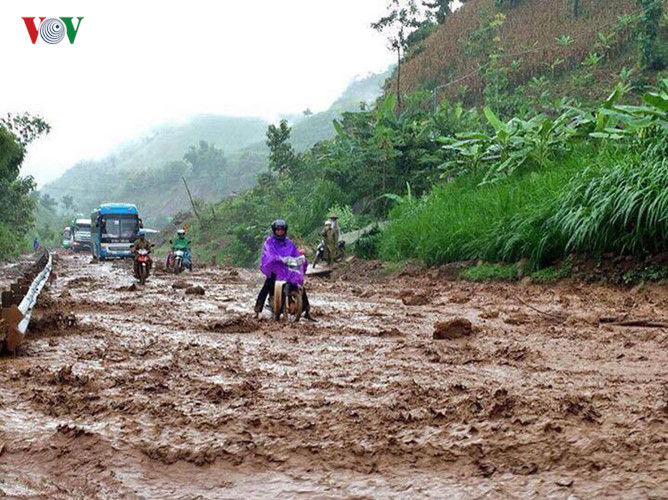 7 people were killed and two are missing in Northern Vietnam in a landslide and floods caused by Typhoon Dianmua.

According to the Agency, a landslide caused by Typhoon Dianmua, came down Friday afternoon. As a result of the Typhoon destroyed 44 homes, and another 651 houses are damaged. It is also reported that more than 1.5 million homes flooded, and residents of more than 2.1 thousands of homes are in need of emergency evacuation.

As a result of the Typhoon also destroyed 14 bridges, 63, a fallen electric poles and damaged four dams. In addition, flooded large areas of rice crops and crops.